This is my review for the PS3 version of Assassin’s Creed II, which was my first review published in Game Informer’s user community. Lightly edited for redundancy and clarity on 11/15/18. 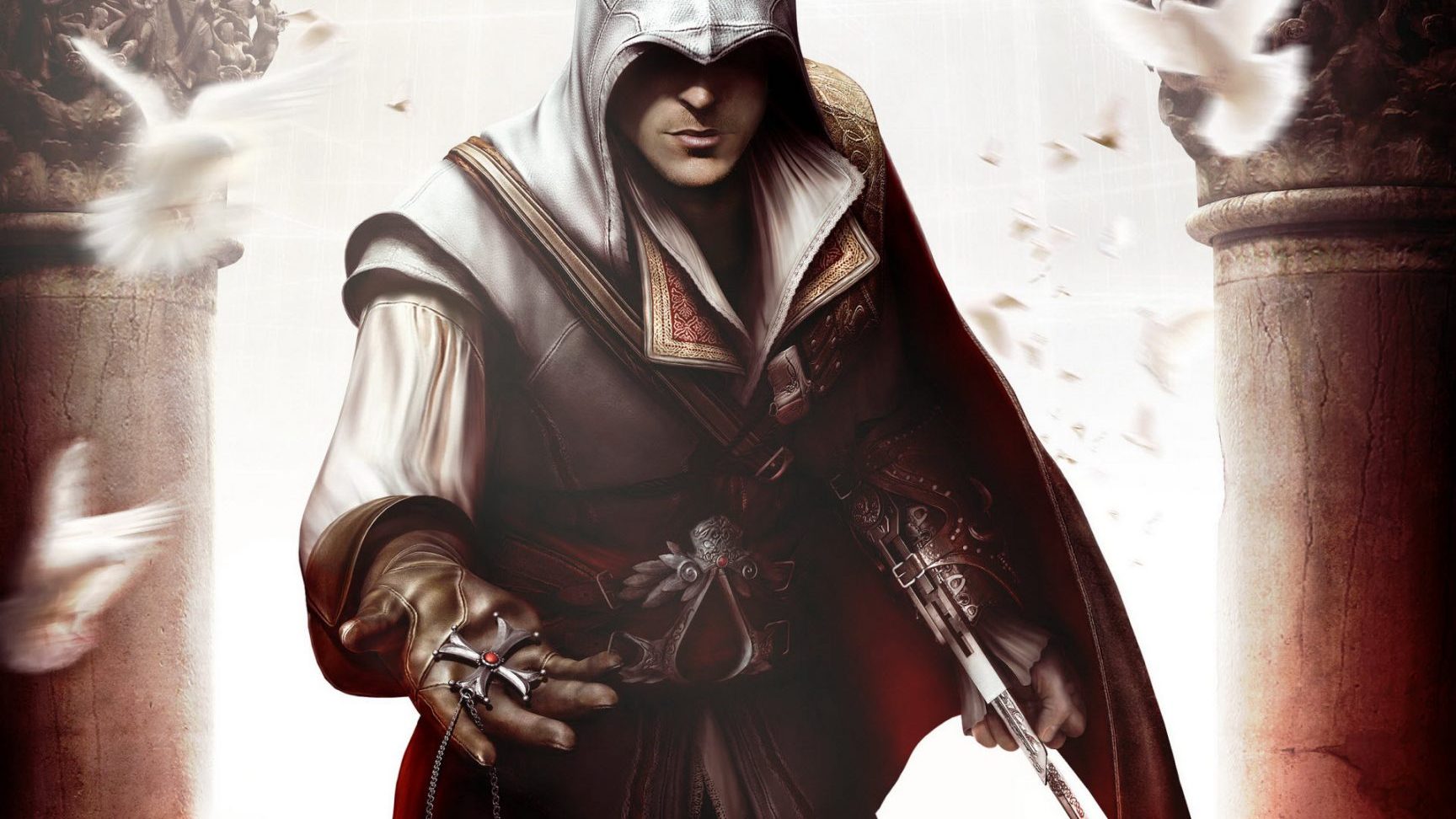 An Exciting Journey Through The 1400s

My name is Ezio Auditore Da Firenze, and I’m an assassin.

In Assassin’s Creed II, you play as Ezio. Born to be an assassin and live by the creed. Your father and brothers are killed by a group known as the Templars, and you try to avenge their deaths by hunting done these corrupt people. It’s a game that can’t be missed with a story that pulls you in. There are mysteries at every turn, leaving you with many questions, but with some answers, too. It’s so well put together with actual history, which is baffling and the highlight of the game because you want to know more about the characters and events. “The Truth” is a series of puzzles you solve with a WOW moment that you must see.

The graphics are nice. The buildings and architecture of Venice, Florence, and other cities make you feel like this is how it really looked back then. The thing I didn’t like was that the characters hands, hair, etc. go through clothing and stuff like that in some cutscenes. But it’s not a major issue. Other than that, the characters are very detailed and their expressions look pretty good.

The gameplay is simple but fun. You don’t have to have skill to play since the controls are easy to learn. One thing I wished for was that combat wasn’t so easy. It’s basically just counter-attacking. It should require more buttons to push instead of just pressing the square button. Nevertheless, it can be fun. The kill animations are awesome, too, like when Ezio sticks a spear into somebody and the enemy falls back onto it. But their body is supported by the spear, so they’re just suspended in the air! I don’t know if you can picture how I described it because I’m bad at that. There might be over 25 kill animations, and when you pull one off, it makes you feel like an epic assassin.

The game can last over 17 hours, but you could put over 30 hours into the game if you want to complete most of it! I got the platinum trophy and it was worth it. There are plenty of extra missions on the side, Assassin Tombs, Assassination missions, Glyphs, etc.

Overall, I loved AC2 a lot. A fantastic game that is better than the original in every way. You can’t miss it. But I recommend playing the first game. Don’t get me wrong though, it’s good too, just not nearly as good as the second one. And with DLC coming out, you can put an extra 3-5 hours into the game! I played DLC 1, and it was good. Short, but good. Anyway, just go buy the game. You won’t regret it.