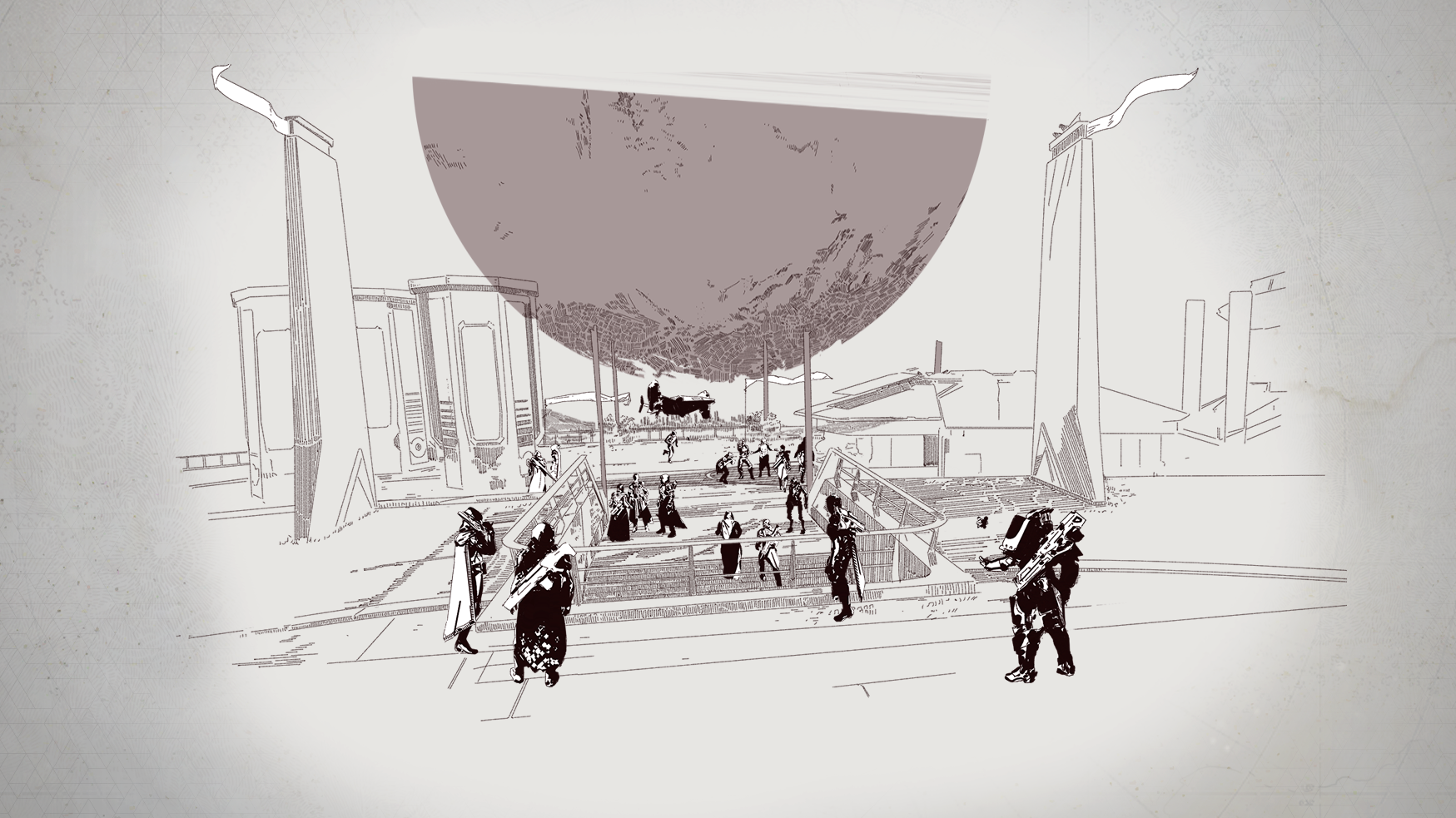 The light lives in all places, in all things. You can block it, even try to trap it, but the light will find its way. -The Speaker

From destroying Wizards that came from the Moon to preventing the spread of SIVA, players that persevered in the original Destiny always rose to the top. Some Guardians with perfected Light levels even made some of the toughest Raids and Nightfall Strikes look like child’s play, in part by having the very best weapons and gear available. I may have struggled with some of the game’s hardest challenges, but I got a taste of the empowerment that pro players experienced when I returned to previous worlds I conquered.

From destroying Wizards that came from the Moon to preventing the spread of SIVA, players that persevered in the original Destiny always rose to the top. Some Guardians with perfected Light levels even made some of the toughest Raids and Nightfall Strikes look like child’s play, in part by having the very best weapons and gear available. I may have struggled with some of the game’s hardest challenges, but I got a taste of the empowerment that pro players experienced when I returned to previous worlds I conquered.

Enemies became pushovers on Patrols and replayable story missions. I laughed when I found old gear that paled in comparison to my current build. Who could stop me, I wondered? I remember slipping into states of complacency when I felt like this, but Destiny 2’s premise pulled this rug of self-reliance out from under my feet.

You return home to the City and find it under assault by an alien faction called the Red Legion. It’s just another day of fighting back baddies to protect your people and the Traveler, so you plow through the army’s initial waves like a knife through butter. However, the situation becomes increasingly disconcerting as your leaders and friends are cut off from you or go missing. When the Red Legion’s leader, Ghaul, encounters you face to face on his command ship, you’d normally put a quick end to his oppression. He has other plans as he welcomes you to “a world without Light.”

With a device that cuts off the Traveler from anything outside itself, the Light it once granted you is taken away in an instant. Once larger than life and standing tall, you’re suddenly groveling at Ghaul’s feet before he kicks you off his ship. The most you can do is limp forward after plummeting toward the City’s streets. No Light. No weapons. No strength. The only thing you can do is retrieve your Ghost and retreat into the wilds as you adjust to long-forgotten limitations and mortality.

While this doesn’t last long since you happen to discover a piece of the Traveler that contains Light, other Guardians aren’t so lucky because their disempowerment lingers until the end. Many of them recoil in fear and doubt about who they are without Light, but they come to see that Guardians are not defined by this alone. They are to be known for undying actions and motivations driven by self-sacrifice. It’s a centralizing theme that ironically makes Destiny 2’s story more about the side characters’ reflective journeys than your own, which constantly remind players how they should perceive their own purpose in the game’s universe. It’s something the prior installment didn’t come close to achieving through its storytelling.

As I stumbled into the wilds to discover a human camp of survivors, I was humbled by their greater courage to fight even without the blessings of Light. As I gained old abilities and tough equipment, I was surprised by the Vanguard’s leaders who found resolve to offer up their lives and pave the way for my success without their powers. These points made me realize how dependent I am on so much outside of me.

As a Guardian, I owe all that I’m capable of to the Traveler granting me Light since, otherwise, I would still be a rotting corpse in the wasteland of Old Russia. If I hadn’t discovered a piece of the Traveler or had my NPC companions, I wouldn’t have been able to fight my way back to Ghaul. As a player, I may earn my achievements through personal effort, but I remain dependent on fate for my weapons and armor. My friends are the only reason I can conquer the harrowing demands of Raids and Strikes. Even the Crucible’s competitive multiplayer rewards strength in numbers more than your average shooter by quickly punishing players who act as lone wolves. 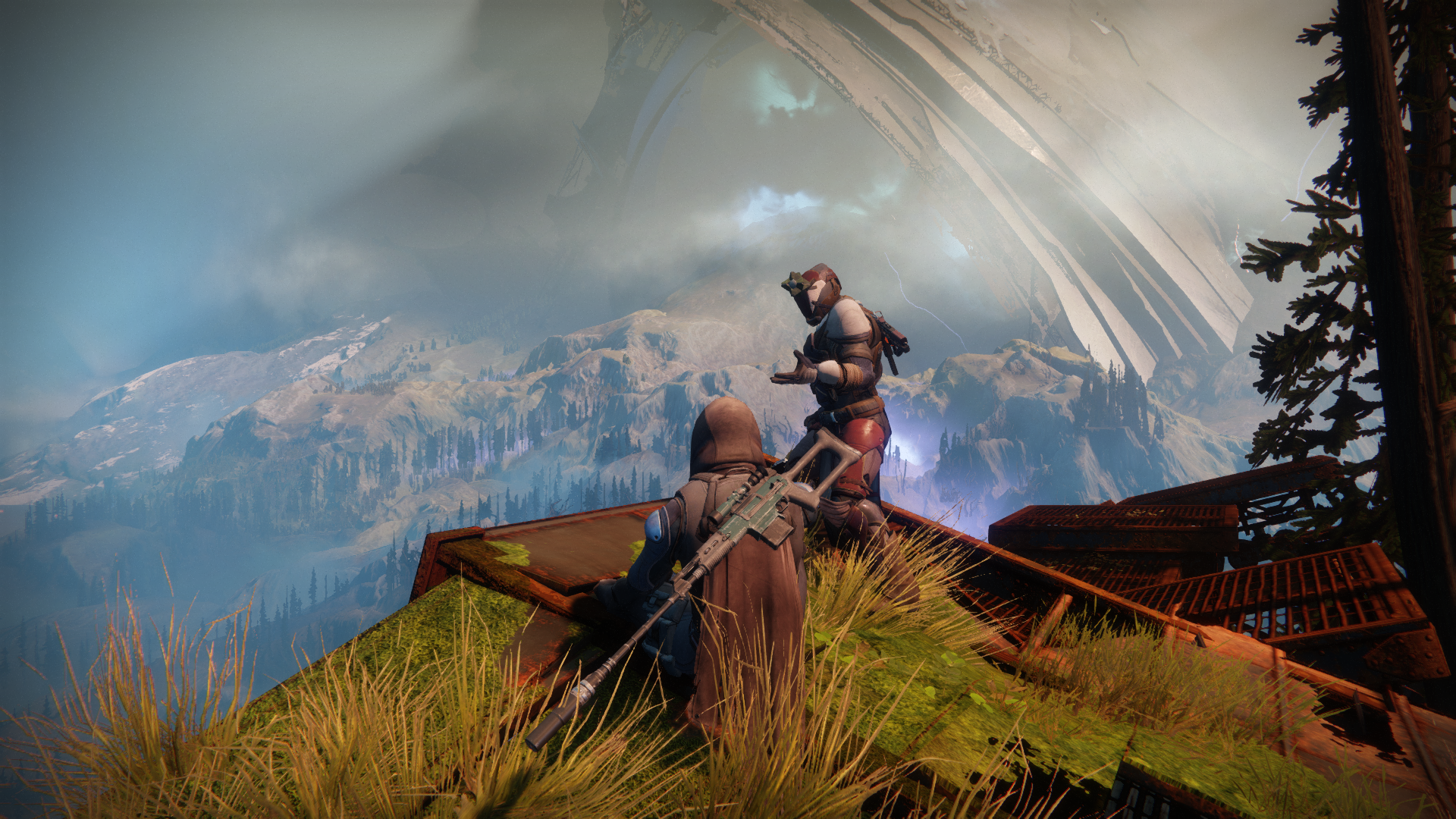 There’s a key, subtle difference between “Light” and “light.” The former is an external blessing, whereas the latter represents internal will. The Light is not intrinsic to Guardians and can be taken away, as you see through the trials and introspection the story’s characters go through. But as long as Guardians remain vigilant to put others’ safety and well-being over their own, they will live up to the true purpose of their namesake and reflect light that makes the Light possible.

It’s one thing if we know this from a lore angle. It’s another in regards to how we view our indebtedness and act it out toward our fellow Guardians. Destiny 2 may make you the big hero that saves the day, but all the while, you’re prompted to remember where you came from and how you got there.