This was something I meant to publish months ago, but never did for a couple of reasons. So, just in case if you see anything that seems “out of date” in my writing, you know why now. Anyway, hope you enjoy this article! I particularly loved working on it.

InFAMOUS Second Son’s Paper Trail downloadable content didn’t exactly receive the same amount of publicity or hype that First Light has gotten. The latter is a standalone game that explores the past of Delsin Rowe’s Conduit friend “Fetch,” and you’re able to wield her advanced neon powers, discover how she ended up in and escaped from the DUP’s Curdun Cay prison, explore new and familiar locales, and participate in unique battle arenas where you take on digitized DUP agents. It’s easy to understand why First Light is a fairly big success, and I believe it deserves this recognition as a solid piece of content that fleshes out one of the more interesting characters in inFAMOUS: Second Son with a pretty entertaining story. However, I believe the free Paper Trail missions remain just as compelling and one of the most interesting aspects of the game.

Before I even started playing the DLC, I was surprised when I signed up for the Paper Trail website and received an actual packet in the mail that contained Rorschach pictures, scented cards, and other materials from BioFrame Diagnostics and the Conduit Rights League. I elected to have these delivered to my address, which would help me discover if I’m a Conduit or not by taking a bizarre yet entertaining test. Unfortunately, I don’t actually have superpowers, but I nevertheless tested positive for the power of “pressurized water” and moved on to the actual in-game missions. Although I played along with this fake test, the items I received and website I went to felt strangely convincing and grounded in reality, like I was directly interacting with the game world and really finding out if I could be a Conduit. 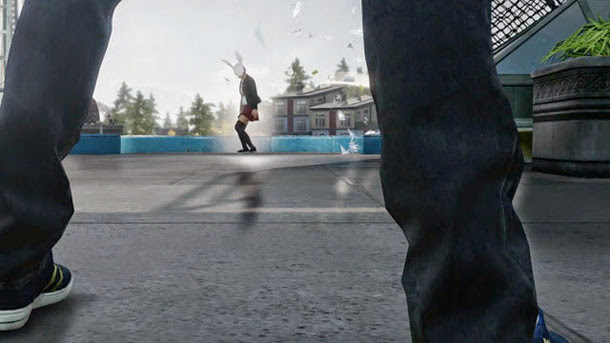 The real experience starts with Delsin and a mysterious girl wearing a white rabbit mask, who always gets away from you with her paper-based powers. Yes, her abilities appear silly at first, but you begin to realize there’s something quite dark and formidable about her. In each mission, she leads you to crime scenes and secluded areas with evidence aplenty that help you uncover the corrupt lives of people who are fighting against Conduits. Shocking twists about certain characters and the DUP are slowly revealed, you eventually unlock several neat items for Delsin, and more. What’s fascinating though is that you explore the vast majority of this content on the Paper Trail website, which acts as a hub of sorts for web pages that are brought online as you progress through the DLC. You solve clever puzzles, analyze evidence that Delsin acquires in-game for codes and web addresses, watch videos, and explore a host of seemingly real websites that range from a political candidate’s platform against bioterrorists to the DUP’s secure intranet.

It seemed uncanny to be accessing the exceptionally convincing work the developer did here because I felt like I was tapping into and affecting the world of inFAMOUS; the immersion provided here is actually stronger than playing the game itself. I’ve never seen anything like it for any PlayStation title to this extent and was left thoroughly impressed by its unique nature. After all, Second Son is an action-adventure game, so I didn’t expect to go on a puzzle solving, detective-like alternate reality game. In other words, I think Paper Trail was an innovative gamble that pulled off well for Sucker Punch, and it has had me thinking that developers should take notes. That’s why I’ve compiled a list of game franchises that should have their own unique “Paper Trail” and why they would be worth your time.

In the modern setting of the Templars versus the Assassins, technology plays a significant role in the war against the two factions. From the beginning of the series to Assassin’s Creed: Unity, we’ve had minor glimpses and gameplay sections involving the modern world outside the Animus, and most attempts to explore this area have often proved to serve as tedious intervals from the exciting stories we take a part of in the past. I’ve always wanted this to be expanded and improved on so we can find out more about the characters and events that have happened in the present, and Assassin’s Creed II was a step in the right direction (with titles like Revelations botching it). However, I think significant ARG missions in the next installments would prove beneficial in investing players into the modern narrative. You could hack into Abstergo or even Assassin databases to uncover their secrets, depending on which side you fight for; solve the murder of an Assassin through a small, open world mission by finding evidence in-game that you examine on your computer, and so forth. If these wouldn’t work, why not bring back something similar to The Truth in Assassin’s Creed II with this concept in mind? I loved the brilliant puzzles and tantalizing mysteries behind it as you slowly uncover a shocking revelation about the Assassins’ origin. It could translate well to the ARG space. 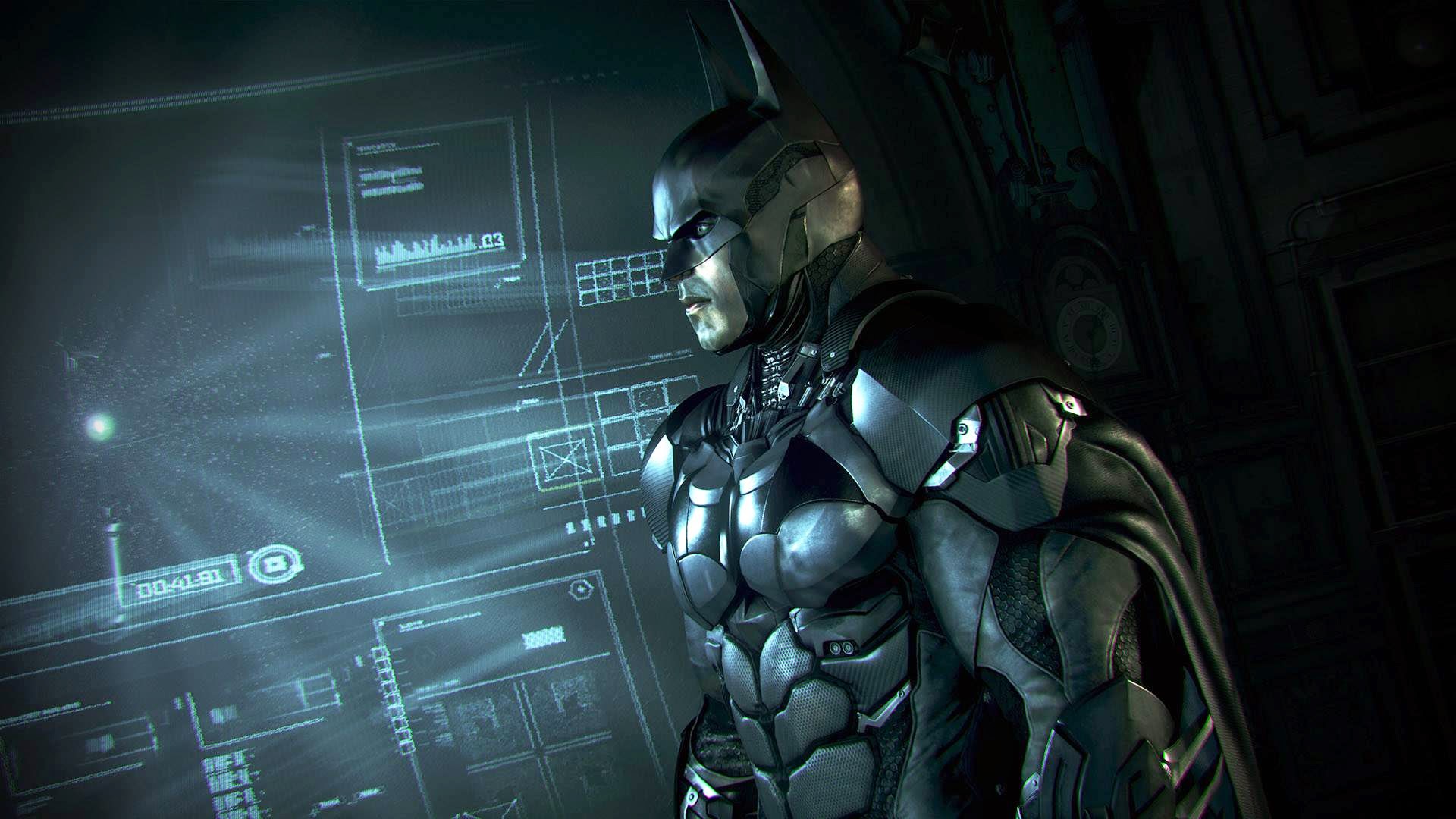 The side missions that Batman can tackle in the Arkham titles are one of the reasons why they have such immense replay value once you finish the main stories. Whether it’s foiling the Riddler’s elaborate puzzles or figuring out the identity of a sadistic villain through a psychological murder story, Rocksteady Games knows how to craft compelling side content that’s not only fun, but integral to adding more of a punch to the Arkham universe’s lore. Considering that the Paper Trail adds detective gameplay elements in a trivial manner by allowing you to take pictures of and evidence from crime scenes, imagine what could be done with the detective mode and online integration in the upcoming Arkham Knight? If the developer takes the “crime reconstruction” sections from Arkham Origins and ramps up the brainpower required to solve them, crafts a website that simulates accessing the database of the Batcomputer, and creates a thrilling, substantial side story that utilizes a famous tale or character from the comics (The Court of Owls, anyone?), we could have one of the most memorable side missions that the world’s greatest detective has taken on. 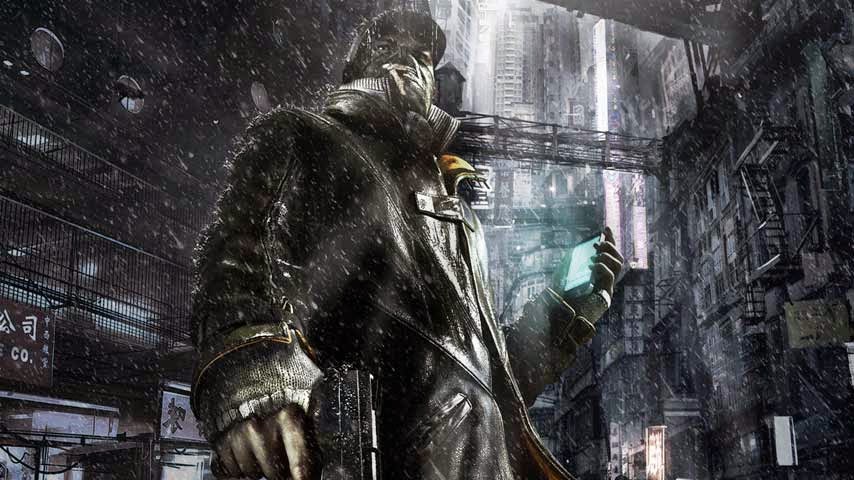 The reward for the most obvious game to include on this list goes to this stoic vigilante and his hacking adventures. I would be insane not to include Watch Dogs, starting with the fact that the entire point of the game is to infiltrate a slew of systems and devices in entertaining ways. In an open world city of corruption and buried secrets that runs on a single network, ruminating over what the franchise could accomplish in the ARG sphere is limitless. In a future sequel, Aiden (or another character) could face off in a battle of wits as he works his way through the cyber attacks of a dastardly foe, which would have the player solving puzzles, riddles, or clever minigames on their computer until they catch up to the culprit in-game. For example, the next installment could star a Japanese vigilante in the streets of Tokyo, having the player participate in an ARG mission to uncover the corrupt trails left behind by a dangerous Yakuza group, eventually leading to an exhilarating confrontation with them. Much like Assassin’s Creed, Watch Dogs has dozens of possible settings in cities across the world, and it also has the advantage of implementing an interactive online experience via players’ smartphones, which would be wonderfully immersive since that will be the game series’ primary and unique game mechanic for the protagonist in the foreseeable future. 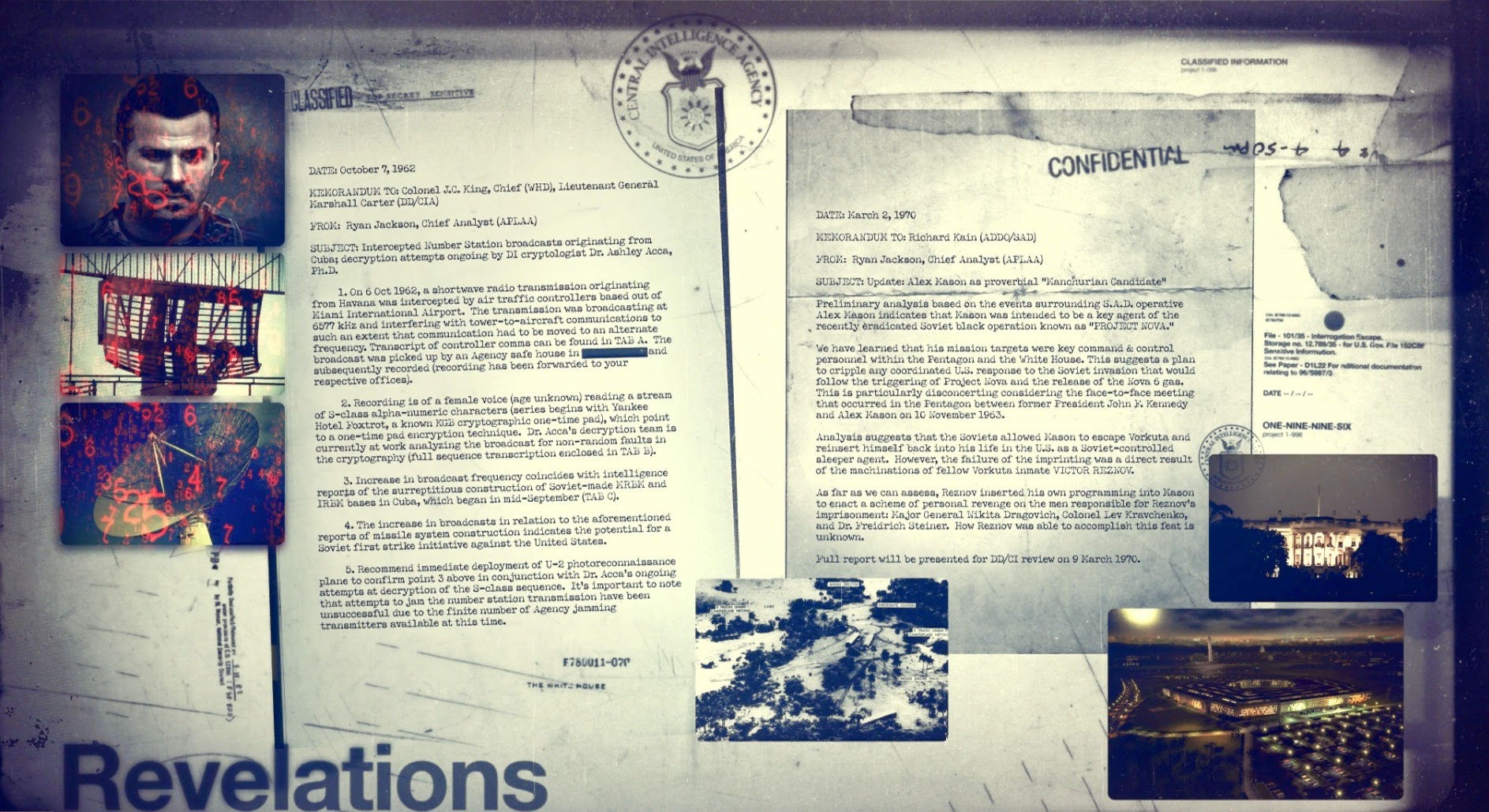 I know what you’re thinking. Why on earth would the epitome of the first-person shooter genre find its way on to this list, especially since it’s a bombastic explosion-fest that would make Michael Bay proud? It’s got little to do with integrating the gameplay with an ARG experience, but exploiting the potential of something that hasn’t been used since Call of Duty 4, and what I’m referring to is the Intel scattered across all of the campaigns’ missions. Up until Ghostsand Advanced Warfare (which actually affixed something of worth to Intel by having each one unlock backstory details), it has practically had no worth in being found unless you desire another Achievement or Trophy. Those games and their predecessors didn’t provide great motivators to find those hidden items. I believe an interactive online experience could fix this and add a sliver of experimental innovation that the franchise desperately needs. Intel packages could have varying challenges to tackle before you unveil their goods, such as by cracking a code after interpreting a list of symbols or completing a timed minigame that involves punching in certain letters and numbers on the keyboard. In return, you’re rewarded with the backstories on main characters, organizations, events, and equipment in the Call of Duty universe. Better yet, Intel could incentivize multiplayer fanatics to give the single-player a go if it also grants weapon and exosuit camos, campaign character models, or even a new, special firearm when you find a certain amount of Intel. 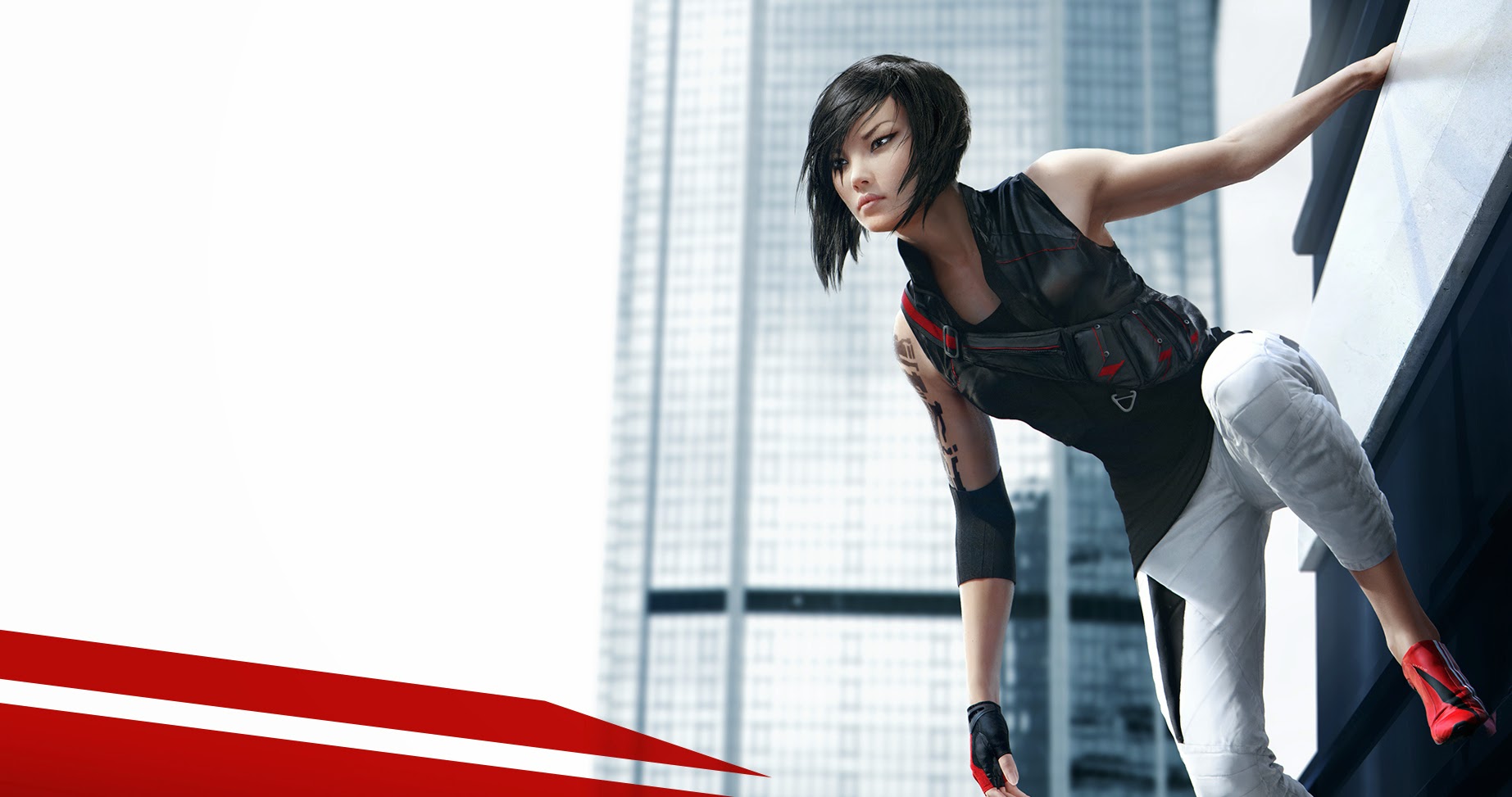 Here’s a gem of a game that brought something new to the table during the PS3’s era. While not without flaws – such as a basic plot and some finicky controls – the novel, elaborate parkour gameplay, chic art style, and main protagonist known as Faith made Mirror’s Edge a peculiar yet attractive title. It’s avant-garde aspects worked to its advantage as well, which is why many regard the game as a cult classic. That’s why it was wonderful to see the franchise come back to life at E3 2014, with footage of a new game shown in an exceptionally early stage of development that will explore Faith’s origin and how she became a Runner. Gameplay is being advanced and refined to promote more fluidity to the combat and parkour, bolstered by the game’s more open world levels. So, in such an intriguing setting that hardly has any background and is dying to be explored freely, the new title could be even greater if it implements ARG aspects to build its story and player exploration. This totalitarian society disguised as a democratic utopia…the opportunity to delve into levels that require you to infiltrate guarded complexes that house sensitive data is ripe, too. What if these adventures lead you on a city-sprawling chase to save a life, expose a politician, or inspire people to rise up? Using the data to do these things would feel undeniably central to the themes encompassing Mirror’s Edge, and by letting players enter the shoes of Faith, they could feel even more like her as she fights for freedom not only in her running shoes, but also on the digital frontier.

These are the primary games I believe would benefit from taking notes from Second Son’s Paper Trail, but there are plenty more that could take its concept to unexpected yet creative lengths. What games are on you thinking of? What do you think about my choices? Let me know, and thanks for reading!