For Honor And The Impossibility Of Peace (Gamechurch) 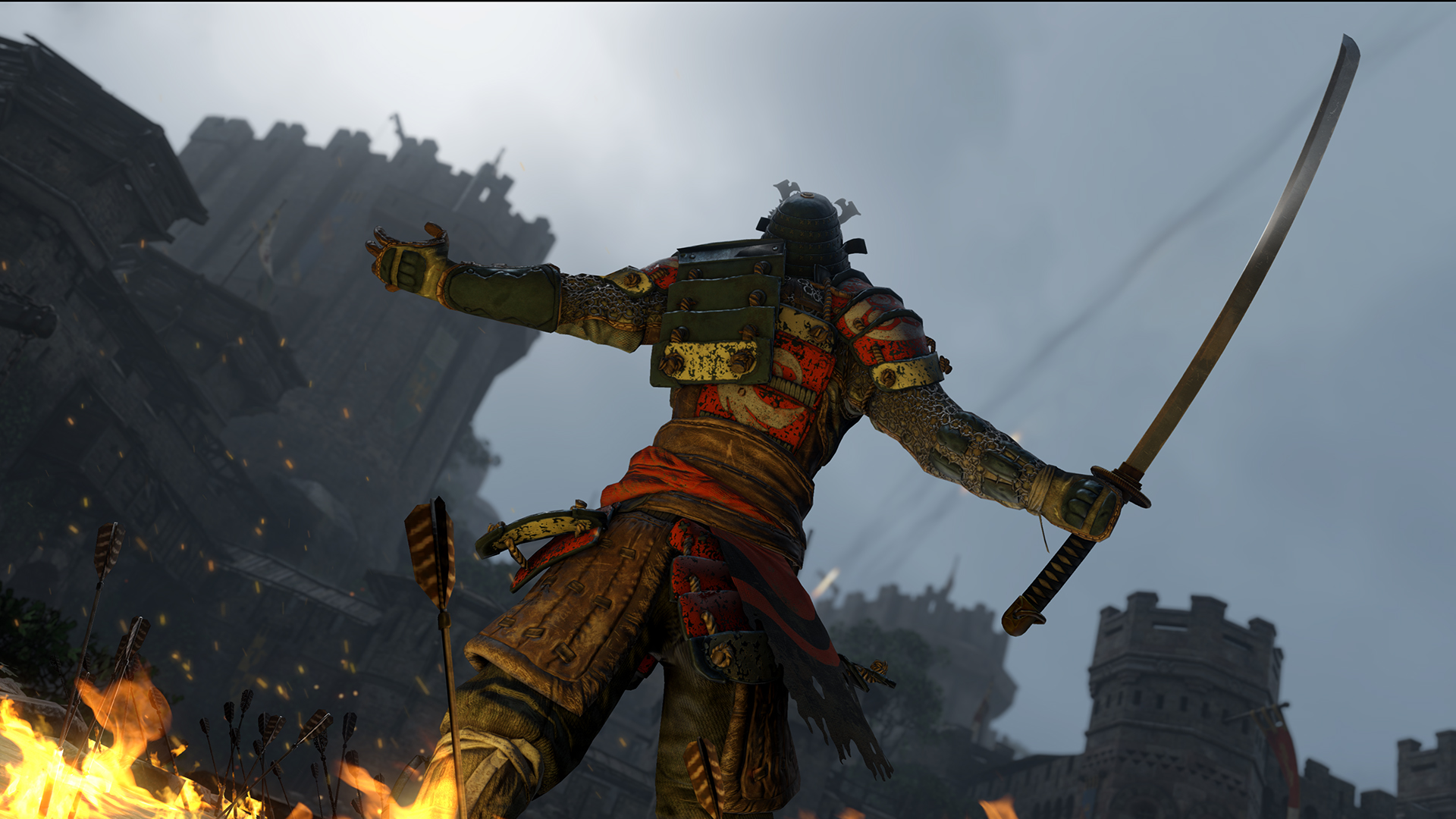 “In school, I also learned that peace is an unnatural state for human society. And that war is a constant threat to our relationship with others. So, to achieve peace, we have to create it ourselves. Crying about it won’t bring it about, or make it last. Each one of us must go and seek it out.”

“You won’t find it without making sacrifices.”

– A conversation between Paz and Snake in Metal Gear Solid: Peace Walker

The Great War took the lives of around 17 million people. It also served as the catalyst for World War II: the most devastating conflict in human history that claimed four times as many. Another distinction between the two events is purpose. Whereas the latter was wholly just in what it prevented, the former left no one knowing why anyone was fighting over time. Historians debating its primary causes demonstrates in itself that the nations essentially warred for the sake of war. This impacted the morale of troops. General Sir Horace Smith-Dorrien believed that “troops in trenches in close proximity to the enemy slide very easily, if permitted to do so, into a ‘live and let live’ theory of life.” He was right. One day, nearly 100,000 people participated in the Christmas Truce of 1914, when portions of British and German forces miraculously met in no man’s land to exchange gifts, bury the slain, and play makeshift football. They also sang hymns together on Christmas Eve in their opposing trenches. A veteran recalled that there was “the eerie sound of silence” before conflict resumed soon after. It speaks of the spiritual aching for peace in our world of afflictions, no matter how fruitless it may seem to pursue. For Honor attempts to vaguely stab at this longing.

The campaign (and multiplayer) relish in the art of combat and thrill of violence. Gameplay unfortunately doesn’t offer mechanics or optional paths in the story to practice peace toward opponents, but prompts you to consider whether peace is natural or artificial through its well-developed antagonist: Apollyon. You may recognize the name because it’s in reference to “the angel of the abyss; his name in Hebrew is Abaddon, and in the Greek he has the name Apollyon” (Rev. 9:11). The female Warlord of the draconian Blackstone Legion coerces the samurai, Vikings, and even her own domain’s legion of knights into perpetual conflict. For her, it’s “the natural state of our species.”

She considers herself a literal personification and enthusiastic perpetrator of war. Her naturalistic worldview is one that separates people as prey versus predator; people are sheep or wolves. She doesn’t favorably view the innocent, humble associations with the former in its Biblical context and condemns those who believe in peace. “That isn’t how the world works. Don’t speak to me of your virtues. Duty. Kinship. Honor. You’ve forgotten what you are. All I want is for you to admit what you are. All of you. My wolves.”

Those virtues are respectively explored in the knight, Viking, and samurai storylines, where she attempts to snuff them out with selective genocide wherever they appear. However, if war is natural, why does this desire for peace always surface across different cultures and during conflict? Our base natures may be to fight and segregate ourselves, but they’re not intrinsic to humanity. They were acquired in eons past through disobedience (Gen. 3). While we may revert to those tendencies ad infinitum, it takes the strong to pursue perfection: the only way we can maintain a semblance of peace.

Apollyon’s deception echoes her namesake’s part in The Pilgrim’s Progress. The monster questions Christian’s allegiance and newfound devotion to the true Prince, proclaiming that he belongs to him and his City of Destruction. Many who attempt to live for his enemy meet their demise and falter in their faith. However, Christian knows his service and “honor” is only for the Prince of Peace, not a prince of death (Bunyan 80).

Unlike Christian’s desire for battle as a last resort, For Honor’s factions are conditioned for conflict; they’re lost for words figuring out how to obtain peace without resorting to violence. The gameplay loop of cutting through enemies complements this self-perpetuating, mechanical language. While the narrative shows instances of it being suppressed or staved off for some time, the cycle continues. Even after the samurai and knights united to defeat Apollyon, the Vikings’ senseless assault in the aftermath brought them all against each other again. Years later, representatives from each faction met to discuss war … and peace.

“Even if it were possible, we’re not peacemakers,” Stigandr (Viking) remarks.

“Is it an unworthy goal?” Ayu (samurai) asks.

“It would have to start with us. We will die in this attempt. You know that,” Cross (knight) says.

Stigandr looks off in the distance. “But it would make a worthy tale.”

For Honor tells us that peace is impossible and doesn’t last. No amount of reconciliation or tolerance can rid our race of its strife, and suffering might await those who try to resist it. However, as Ayu implied, it’s hardly an unworthy goal. Those who dare to clash swords with war will have their views of humanity’s destiny tested, for peacemakers are as “sheep in the midst of wolves,” but as long as they are “shrewd as serpents and innocent as doves” (Matt. 10:16), peace is shown to not be an illusion, but a reality of creation’s past … and its future (Rev. 21:4).