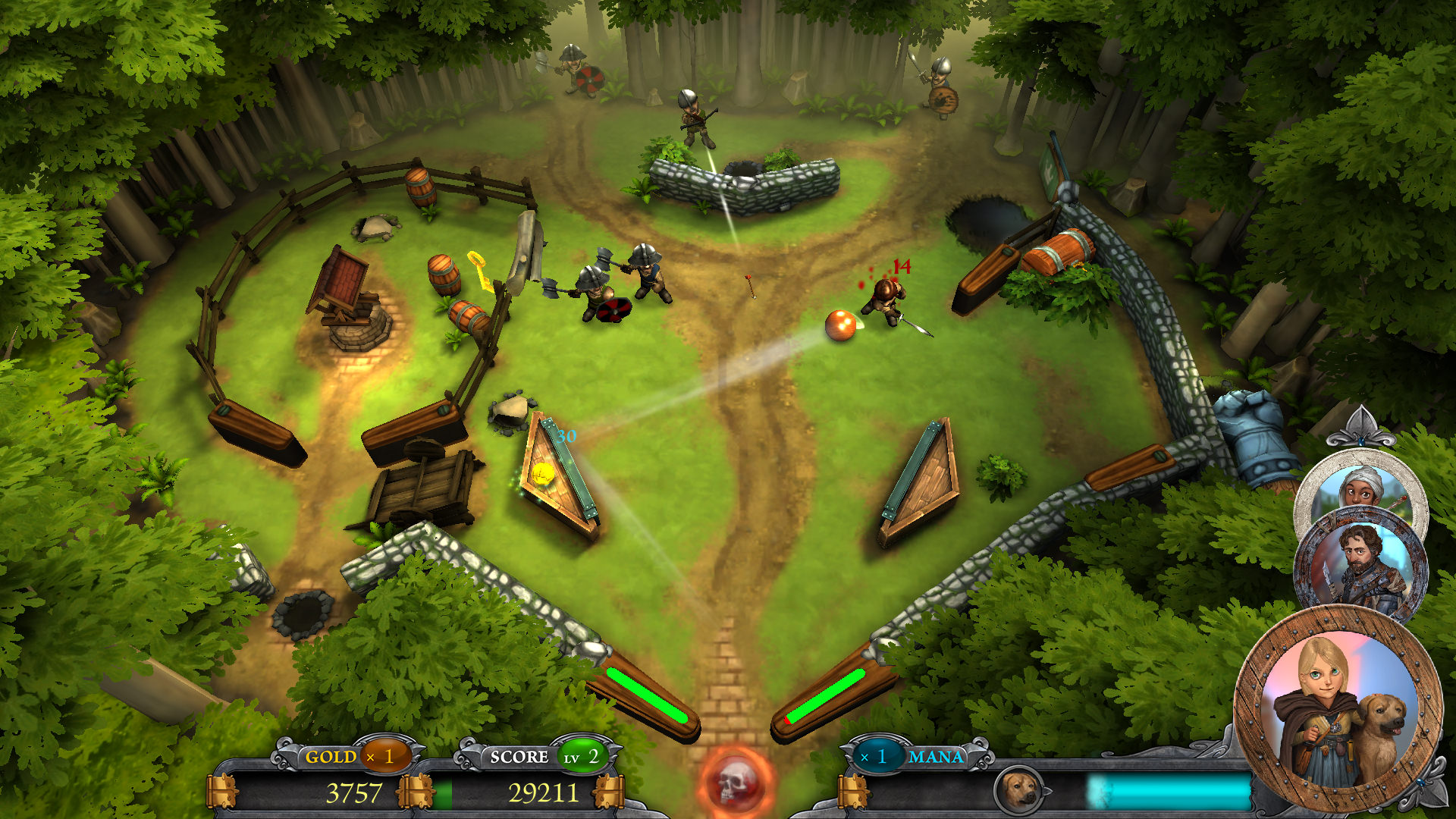 There are some unusual mash-ups of game genres out there that are either smashing successes or faltering failures. There are RPG third-person shooters like Mass Effect, hack-‘n’-slash action RPGs such as Darksiders II, and then there’s something like Destiny, an MMORPG open world first-person…well, you get the gist of what we’re saying. Whenever game developers attempt to mix things up, their projects turn into riskier wild cards, as it’s tough to predict how gamers will respond to the end result. And that’s where Rollers of the Realm comes in – a pinball game that replaces many of its conventional aspects with – you guessed it – RPG components. It’s a puzzling genre blend, but does it offer a confused conglomeration of half-baked ideas – or is this eccentric title a fascinating foray into a new genre that brings much promise to the future of pinball?