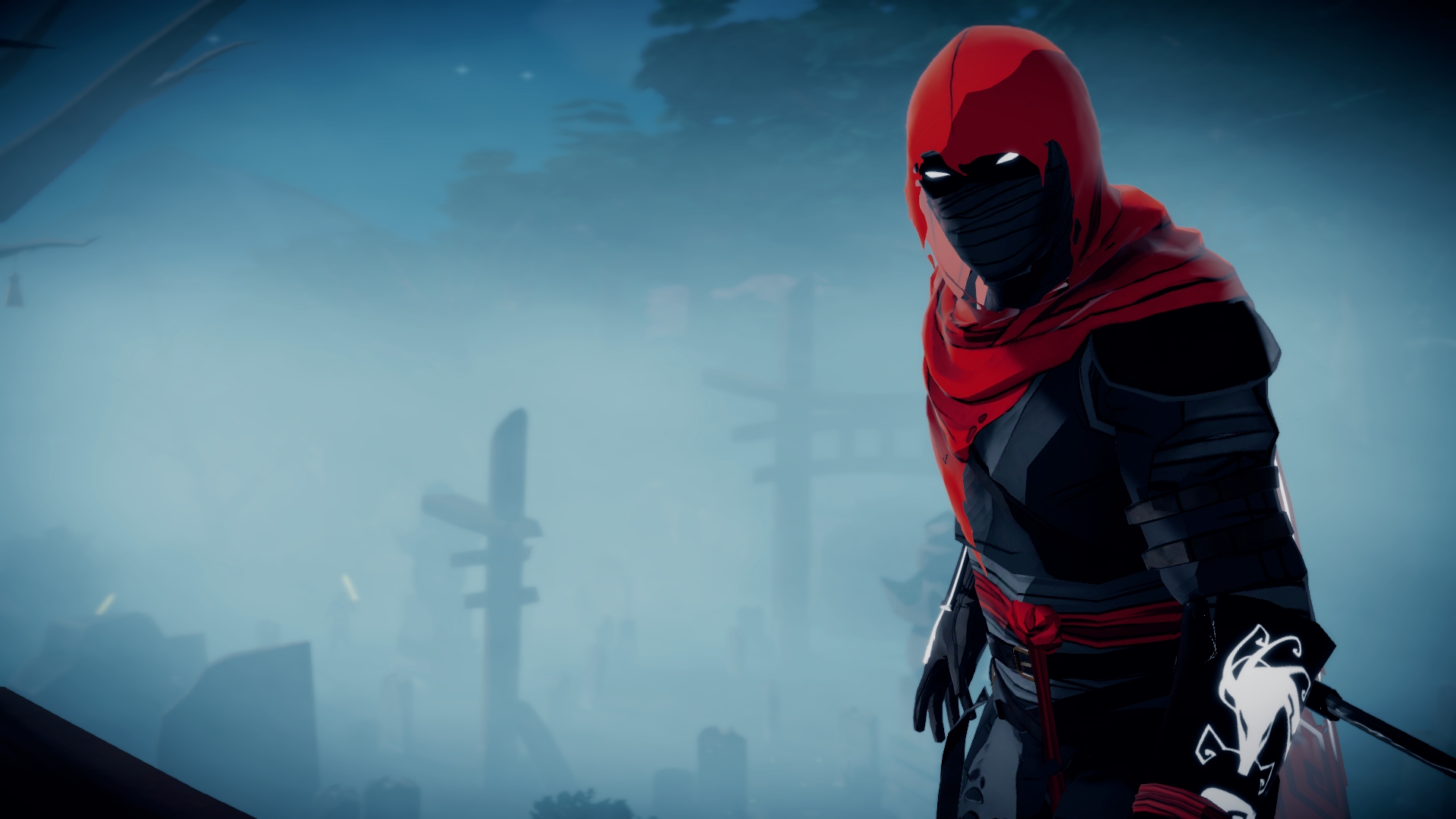 As I slink across roof tiles in a still city, I gaze below where steely guards patrol its streets. These Kaiho army grunts may harness light, but I command the darkness. On this single night, I’ve been called from the nether to save a princess in their grasp. I’m not sure who I am or what’s going on, but I thrive in the shadows.

Given the tremendous power my character possessed, I can teleport to any shaded location and briefly turn invisible, which were perfect abilities for me to play Aragami nonlethally. This is often the most challenging and satisfying method of play in the long run. However, the more I stuck to this regimen of reservation, the more I craved to indulge in assassination. The game empowers players to string together smooth executions and stealthily dispatch targets.

As levels became more complex, avoiding detection became more stressful. As I leveled up and unlocked new abilities, aggressive tactics increased in appeal. I could nonlethally shroud enemies’ sight or create a wispy decoy, but throwing a shadow kunai? Summoning a dragon to drag a foe down into a shadow dimension? These flashy abilities helped create paths of ease and gratification. While I felt obligated to master patient stealth, the moment-to-moment pleasures of killing has an allure that mitigates the other approach and its subdued return of rewards.

The more proficient I became at Aragami’s artful assassinations, however, the more uneasy I felt. How could this Kaiho clan be evil if they used the light? How should I interpret the vague flashbacks of my past? These questions were magnified as the story unfolded, so I pushed myself to show mercy to my enemies despite opposing mechanics that undermined this motivation.

Dishonored follows a similar logic, but unlike Aragami, it motivates you to play stealthily by warning you about the consequences of lethality from the beginning. Dunwall won’t succumb to the Rat Plague, and Emily is positively influenced by your self-control as the future empress.

However, there are less abilities and dynamic approaches with this play style. Should you embrace the enticing weapons and powers of death, Dunwall and Emily respectively descend into chaos and darkness. While an argument can be made about the staunch lines drawn with this morality system and how non-lethal players are punished for playing the “right” way, Arkane Studios’ Harvey Smith responded to this criticism on JJ Sutherland and Chris Suellentrop’s Shall We Play A Game? podcast.

We were very much aware of that and that was definitely a goal to try to lead the player down the path of darkness. It’s harder to be restrained than it is to just cut loose and have your way with the world. On one hand it’s true: we’re definitely making it fun to be wicked and then rewarding you for being restrained.

Aragami follows this intentional design, but it’s more compelling with its approach to temptation and restraint. The non-lethal mechanics are just as rewarding and balanced as lethality, but having the will to realize their worth and commit to them in the face of immediate, higher satisfaction is where inner conflict arises. Since the game doesn’t label the Kaiho clan as evil, players are more likely to contemplate the ethics of their chosen playstyle.

Dishonored doesn’t leave its eventual consequences closed to players, which makes a merciful approach more appealing and motivating to uphold. Aragami is more devious by making the tension of choosing between its play styles tempting. Furthermore, the pivotal truth of your character’s past identity is not revealed until the very end. In this way, Aragami puts a mirror to the player so he or she reflects on how they handled temptation and its consequences. Russell D. Moore writes in Tempted and Tried that “Temptation only works if the possible futures open to you are concealed” (50).