The Fork In The Road That Developers Face 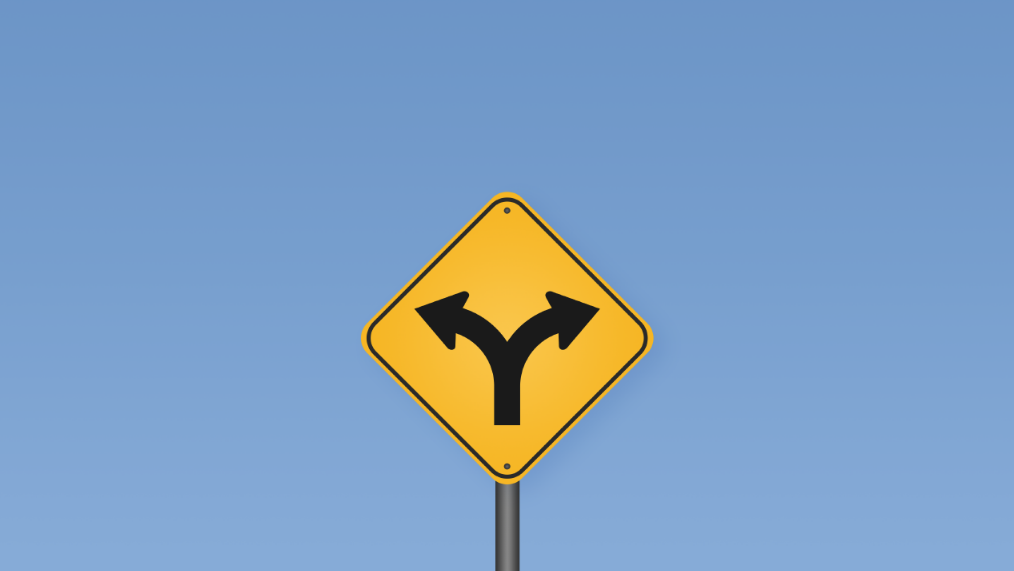 I read an article on IGN about two weeks ago titled Spec Ops Dev: Game’s Multiplayer “Should Not Exist.” Although I personally haven’t played the game, I’ve heard plenty about it and wanted to know what the developer meant by this. A brief rundown of the article is that the lead designer of the game, Cory Davis, slammed the multiplayer component of their game by calling it “a cancerous growth [that] tossed out the creative pillars of the product.” They never intended to add a multiplayer mode because they wanted to focus on the single player experience. Alas, their publisher demanded that there should be one for marketing reasons. In effect, Cory said this “sheds a negative light on all of the meaningful things we did in the single-player experience. The multiplayer game’s tone is entirely different, the game mechanics were raped to make it happen, and it was a waste of money.”

This article really made me contemplate on the differing relationships between developers and publishers. Although there are okay publishers out in the video game industry, some of them let their desire for money get in the way of the creative freedom needed by the developers they fund; they want specific things that can be detrimental to the developers’ vision for a game.  So where should publishers draw the line on what they want to see in a game vs. what the developer wants to do? Is it worth it for a developer to go into a partnership with a publisher sometimes? By thinking about questions like these, I ended up concluding that there’s pretty much only two main kinds of developers in this world.

For starters, I think you’d agree with me that publishers get along well with developers for the most part. They go into a project together with a similar vision with little conflict of interest. Take the relationship between Treyarch and Infinity Ward with Activision, for example. Each developer is given two years to create a new Call of Duty game. Once Treyarch’s game is out, IW is already halfway done with their game. Then when that game comes out, the cycle has already started back to Treyarch. What I’m trying to convey with this demonstration is that this development process has always been surprisingly smooth, Activision and the developers seem happy (I’m definitely sure Activision is happy :P), and all of them benefit from this symbiotic partnership. Yes, what seemingly belies my example is the West and Zampella case, but that’s completely beside the point. The point being that the visions of the developers is eye-to-eye with Activision’s, so everything works out really well. It’s Activision’s fault that they didn’t rightly pay certain people. Despite that glaring blemish, look at how Modern Warfare 3 turned out! Activision found other developers that desired to help complete that game and it came out on time. It’s like nothing ever happened behind the scenes. Overall, this is what I’d describe as a “dream partnership.” The process is straightforward: make another CoD with new content. Although I don’t consider Activision the…umm…greatest publisher ever, the people under them aren’t complaining about being worked too hard, oppressed in their creativity, and so forth.

This is the first type of developer: one that desires to work on some of the things a publisher wants to see in a game while having creative freedom within that realm (and the funds to do it). On the other hand, the second type of developer isn’t quite as conventional or common to say the least.

To understand what I mean by this, I want you to imagine being a publisher and having Mojang come to you and ask if you’d be interested in supporting, promoting, and publishing Minecraft (not that Markus Pearson would ever approach any corporation in the first place). I don’t know about you, but I wouldn’t have thought from the get-go that a pixilated sandbox-building game would’ve ever been successful. I’d imagine it being quite boring. Yet, it’s become one of the most iconic and profitable games in recent years. Its developers like Mojang that have ideas that go against the curve, which is what publishers rarely approach. They’re relying on the statistics of what’s popular and selling. So, do you think it would’ve been likely for one to fund Supergiant Games, Frictional Games, or Valve? They’re all independent/indie developers. And speaking of Valve…ha, I think they’re the perfect example of why publishers still don’t fund their games. Valve runs on their own schedule (Half-Life 3, anyone?), they take risky chances (Portal), and they do what they want (like create Steam or develop their own console…yeah, it’s coming). Their creativity and way of doing things are sporadic, unpredictable, and odd. However, it works out for everyone in the end. It’s why they’re one of the most popular developers in the industry.

These developers don’t want the support of publishers to create their games because they desire 100% freedom in all the decisions they make. Sure, companies like Microsoft and Sony put their games on the market, but they rarely help in the process of making or promoting them. It sure is an accomplishment to be able to do something that’s uncommon in this industry. Overall, it’s pretty daring, wouldn’t you say?

Now that I’ve covered both kinds of developers, it’s time to address the middle ground where complications occur. It’s what Yager Games (Spec Ops: The Line developer) falls under. They seemed like they got along with 2K Games pretty well, but there was an area that really conflicted with both of their interests. 2K Games thought a war game would be fantastic. A unique campaign with lots of action sounded good. It’s just that they thought there would automatically be multiplayer. After all, it is a shooter, and the statistics ‘cough’ Call of Duty ‘cough’ say those games are popular now. Well, Yager Games never intended there to be any multiplayer due to the tone and mechanics of the game. Instead of understanding this, the publisher had them rework core components of the game and focus less time on the campaign so a multiplayer component could be added. I don’t believe this turned out good for either of them. Critics deemed the multiplayer component of the game “okay” and the original vision Yager Games had in mind suffered because of it.

What does this mean for a developer in a similar situation? I think there are two options: they plan ahead to adjust to some of the demands of a publisher or go rogue. If funding is required to carry out the general idea of a developer’s vision, I recommend the former. However, if the project in mind (which is probably radical in concept) is manageable to personally finance, then the latter is the best way to go. In the case of wanting to make an AAA game, these developers should start out small in equipment and depth to see their vision through in a simpler way (look at Minecraft). Either path is fine to take, but only one can be chosen to fit a specific agenda. A decision must be made to take the road of risky and difficult independence or the road of firm support with limits on how far a developer can go.

I never like seeing publishers and developers having major problems in their partnerships. It can stifle creativity and cause distress for both entities. Although publishers aren’t perfect (by a long shot), they are very likely to honor their promises of funding and payment if a developer fulfills their vision combined with theirs. If there are important differences to work out with a publisher, a developer needs to discover whether they want to sacrifice funding for independence or vice-versa. I’m repeating myself now, but it’s a tricky situation to discuss. In the end, it’s revealed in these circumstances what kind of developers we see in the game industry. Thanks for taking the time to read! 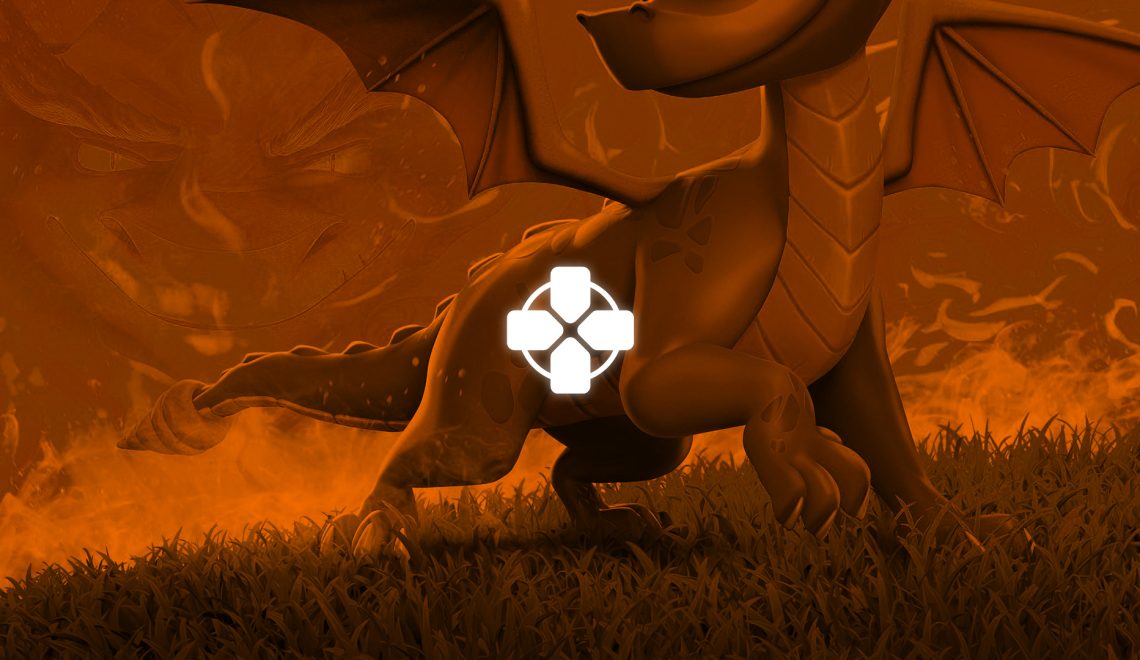