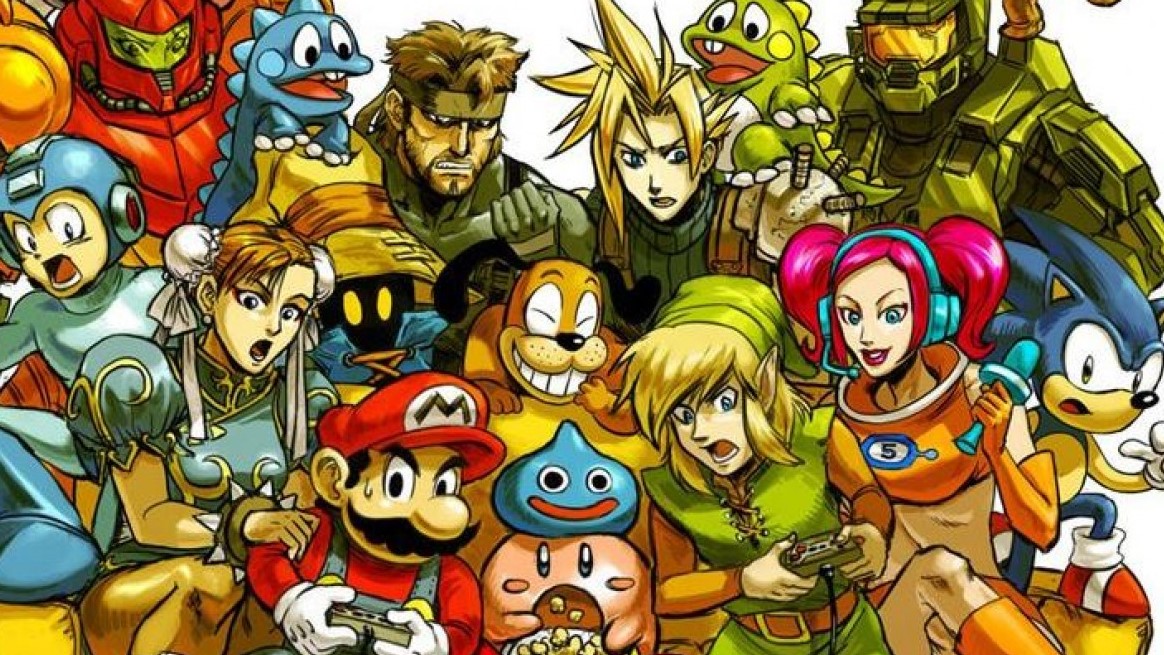 According to the ESA (Entertainment Software Association), the average age of a gamer is around 30 years old. To be honest, this never ceases to seem like a fake estimate to me. I would imagine most people would phase out of playing video games somewhere after 25 due to likely managing a full-time job, a family, etc. That’s why I would expect the average age to round out somewhere near 23 years old. However, this is not the case and further more makes me – at 18 years of age – have this natural feeling of inexperience as a gamer (especially since I plan to pursue a career within the video game industry). I have this sense of unpreparedness for my future and even thoughts on whether I’m worthy to be called a life-long fan of video games.

What do I mean by words like “inexperienced?” I suppose the average gamer layman who has primarily played games like Call of Duty and/or Angry Birds could fall under the definition of that word, but I’ve been playing stuff like Spyro The Dragon and Crash Bandicoot since the late 1990s (with the original Sonic the Hedgehog as an exception). I assume I would hardly be inexperienced by most gamers considering the vast amount of games I’ve been playing ever since then. However, it’s not necessarily how many I’ve played that makes me an experienced gamer, but whatgames I haven’t played that makes me the opposite of that. Most of my childhood up to my pre-teens was marked with plenty of movie-licensed games and mediocre to decently good titles (like Star Wars: Bounty Hunter and Bionicle: The Game). I had no discernment or guidance as to the best games to play. I normally navigated to the ones that related to my main interests, such as Lego, Power Rangers, Star Wars, and NASCAR. I never went to video game websites or paid heed to games I knew nothing about. In other words, I was in an unintentionally self-enclosed barrier that prevented me from expanding my horizons. I was only interested in what I was familiar with, and this has cost me to some effect. I missed out on a plethora of classics and masterpieces I would have massively enjoyed with my endless amounts of free time back then, but that is not so anymore. These are some reasons why I feel left out of a lot of conversations and nostalgia surrounding most video games released pre-2003.

Can’t help but think of this video…

It wasn’t until after this time when I began to discover what I had been missing out on. I explored unknown territories with games like Pokémon, Kingdom Hearts, Super Mario Bros., and the Call of Duty series. They allowed me to branch out with my tastes for certain genres, prompting me to begin my expedition to all sorts of new games (mostly within the current generation of consoles). However, this resulted in my pursuit for all games new and popular. This resulted in my neglecting of the past in favor of what I thought was vastly more interesting and fun.

Although I’ve been trying to get into some classics for the past couple of years (such as with HD collections, all the Resident Evil games, and the legendary Super Mario Bros. titles), the experiences aren’t as memorable or potent as they would have been years ago, and the time I devote to them isn’t as excessive either. All of this ties back to the main issue of not being part of the average population of gamers that fortunately witnessed the genesis of the video game industry. Most have played in an arcade; lots of people had an SNES, Commodore 64, or what have you; a lucky bunch have played legendary titles like Ocarina of Time when they were released. As for me, I’ve only witnessed half of video game history. What does that mean for someone like me who wants to professionally write to this type of audience in the near future? How grave is it to miss out on so much and only have part of the picture, which also includes all gamers like me that feel the same way?

This is a rather pessimistic view of the situation to be honest, but I’m certain to not be alone. Surely there are plenty of those like me that haven’t been through the “good old days,” and perhaps this might just be a good thing in its own special way. Collectively, we grew up in the age where the PS1 reigned with its excellent catalog of games, the Gameboy dominated the handheld market, and the PS2 took the world by storm. Although these times for the industry might not be as memorable to most that were part of the beginning, but I’ll say it definitely was for me and (assuming once again) for those that went through it during the same stage of life I was in. Playing through classics like Megaman, Super Mario 64, or Final Fantasy 7 would undeniably have been awesome to have been a part of, but the focal point remains that matters the most: I had fun with what I had. Although games like NASCAR: RUMBLE, Power Rangers: Time Force (for the Gameboy), and Lego Racers 2 might not be as well known or important to gamers, I personally have many good memories with them and hold them dear to my history with gaming. All in all, it’s about how much fun we had with what we played back in the day, whether it’s the much-discussed classics that came out two decades ago or seemingly decent titles that personally offered a lot for some people. In other words, it’s more-so the fun associated with all our unique gaming histories than what specific games we played during our lives that truly determine whether we’re life-long gamers or if we’re “experienced.” I suppose that makes most of us these things after all; it’s about the basic goal and purpose of games that matter in the end.

This was a more personal article for me rather than an informative one. Despite this, do you understand my position or relate to it? Do you think playing a lot of the classics is very important for the “new” generation of gamers? How do you define an “experienced” gamer? Leave a comment below and thanks for reading!