A Woman All Gamers Should Know 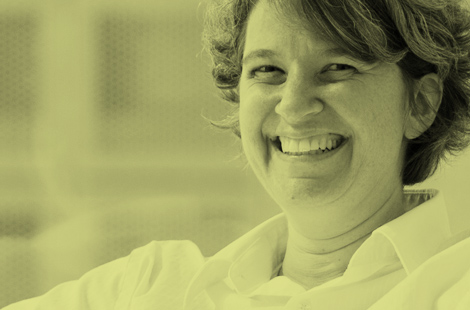 I’ll be the first to readily admit that I’m a massive fanboy of the Spyro games created by Insomniac Games. My nostalgia and love for the games make me wish that they were still in possession of the franchise, but that is not meant to be, due to a little thing called “Skylanders.” Activision struck a rich vein in the video game market with this ingenious re-imagination of the Spyro franchise by selling action figures that can be transported into a digital world to fight bad guys. Sounds awesome, right? Unfortunately, Skylanders is mostly marketed towards the 7-13 year old boy demographic, so the majority of older Spyro fans like myself can’t get over the overall cheesy look and theme of the characters, story, and toys. Have you seen the trailers? Yeah, that’s what I’m talking about.

You may be wondering what in the world this has to do with the title of my article. Since I’m naturally disinterested in Skylanders, I’d automatically assume all of the aspects of the games wouldn’t appeal to me in any way. Well…I couldn’t have been more wrong.

There’s one thing I discovered that’s shockingly great, and what I’m alluding to is the music. For both Skylanders and its extension (called “Skylanders: Giants”), the music is catchy, richly layered, and energizing to the point of making me feel happy when I listen to it. Lorne Balfe, who happens to be the composer for some of the Assassin’s Creed games, truly outdid himself to bring the world of Skylanders to life for those who play it, even if most players probably don’t recognize this. For example, this upbeat, lively Scottish-like song named Cutthroat Carnival got me tapping my toes, and Shattered Island makes excellent use of a guitar, various strings, and a xylophone (?) that unite to invoke feelings of adventure. For discovering songs like these, I owe it to Emily Reese of Minnesota Public Radio and her podcast, “Top Score.” It’s dedicated to interviewing famous game composers like Jesper Kyd (Darksiders II), Inon Zur (Dragon Age), and Austin Wintory (Journey) so listeners can learn about their inspirations, insights into specific songs, and history of how they wound up in the video game industry. In a nutshell, Emily Reese ends up putting video game composers in the spotlight who are seldom recognized for their hard work, creativity, and importance in providing the colorful, iconic, and varied music we listen to whenever we pop in a game.

Even though the Game Informer editors put together a video interview with Emily Reese during the spring of 2012, that doesn’t diminish from what I’m going to attempt to do here. I don’t want to only tell and explain to you what Top Score is all about. I want to delve into the importance of it and give you some reasons as to why you and all gamers should check out and support this awesome podcast.

1. “Behind The Scenes” Stories of Developers, Their Games, and Soundtracks

It’s not too often when gamers get to hear interesting and obscure information about developers and what goes on behind all the creative processes. This is a veil that is slightly opened by Top Score because some of the composers often delve into the origin stories of developers and describe other interesting events they’ve had with them. For example, Darren Korb talked about how he was one of the only people that worked on the soundtrack and sound effects of Bastion! He also knew the lead designer of Supergiant Games (Bastion developer) before he went off to college and coincidentally boarded with Logan Cunningham (the legendary narrator of Bastion). Korb mentions how they got together, what was used for and inspired the music in the game, and the overall humble beginnings of Supergiant Games. I personally love hearing background tales like this because it reveals some of the otherwise hidden origins, trials, oddities, and successes of developers; it humanizes and places them into perspective. However, if this isn’t something that you would be intrigued by, there’s certainly more to gain from Top Score.

2. In-Depth Analysis of Composers’ Work and Music as a Whole

Since I amateurishly play the piano and guitar as a hobby, I wouldn’t consider myself to be an expert on music theory, terms, or distinguishing between hundreds of instruments. But hearing professionals like Emily Reese and the composers she interviews talk about subjects like these is surprisingly educational and enlightening. It’s safe to say that anyone can learn more than a few things about music by listening to Top Score as well as hear interesting facts about certain songs in all sorts of games. But most importantly, I think it’s fascinating to hear about the amount of passion and sincere work composers put into games. Take Dark Void as an example, which was a mediocre sci-fi game from Capcom. From listening to the composer, Bear McCreary, he conveys the impression that he partook in the creation of a legendary AAA project he put his heart and soul into. He digs into his personal inspirations, how his past work on Battlestar Galactica influenced him, and the deep process of how he came up with the feel and genre of the music for Dark Void by only observing concept art and the story’s aspects (characters, direction, etc.).

Like I’ve already said, it’s simply stunning to realize what goes on behind closed doors. It’s just a matter of making the effort to open them to reveal the concealed, complex creativity that goes on.

3. Mundane Activities Explode With New Music To Listen To (and Top Score Interviews)

The obvious – but nevertheless necessary to mention – goal of Top Score is to encourage listeners to check out the wonder of video game soundtracks for themselves. This is something I find useful because I have a hard time finding new songs to enjoy. I don’t like to randomly search for music I haven’t heard before, so it’s rare when I find a band/composer that I absolutely love. Top Score remedies long droughts without new music for me by providing a downpour of video game albums and even a few movie/stand-alone projects. If I’m working on a school project, doing some physical labor, or simply relaxing, I can effortlessly check out some music I’ve never heard before, courtesy of Top Score. One composer, Penka Kouneva, has an obscure, personal album called “The Warrior’s Odyssey” that has some explosive, sad, and beautiful tracks. I would’ve never even considered or stumbled upon it on my own volition, but I listened to it while I was doing my Spanish homework and honestly loved most of it.

The content of Top Score is incredible; it’s fun to listen to at any time. The audio equipment for the show sounds great, with bits of enjoyable and fitting music scattered throughout each podcast to break up the conversations. And the conversations themselves can range from being seriously deep to warmheartedly candid and funny. This isn’t some weird lady who’s awkward and inexperienced…she’s a professional, lively, passionate gamer that believes video game music will eventually stand alongside legendary, classical songs. And when you get to hear the depth of video game music, the composers behind it, and Emily Reese bringing these things to light, you will believe that too (or more intensely than before). That’s the power of Top Score.

I never thought I would end up writing something off of a podcast I’m not affiliated with, but that goes to show how much I promote its content and place in this time for the video game industry. It has certainly given me an even deeper appreciation for video game music these past couple of weeks (which would have seemed impossible before then) as I’ve poured through all the past content of Top Score. So, I hope that my unexpected support of it will motivate you to look it up. I did that more than half a year ago and somehow forgot about it. I don’t know how that even happened now!  In conclusion, if you love video game music and want to learn a lot about it, there’s a mighty good chance you’ll love Top Score.

How much do you love video game music? Do you listen to it (on its own) rarely or daily? What are some of your favorite songs and composers? Do you believe video game music will continually rise in importance, stay neutral in relevance, or even decline in quality and prominence over time? Shout out with your answers or anything else in the comments below. Thanks for reading!