This is my review for Resident Evil 4, which was published as a User Review on Game Informer. 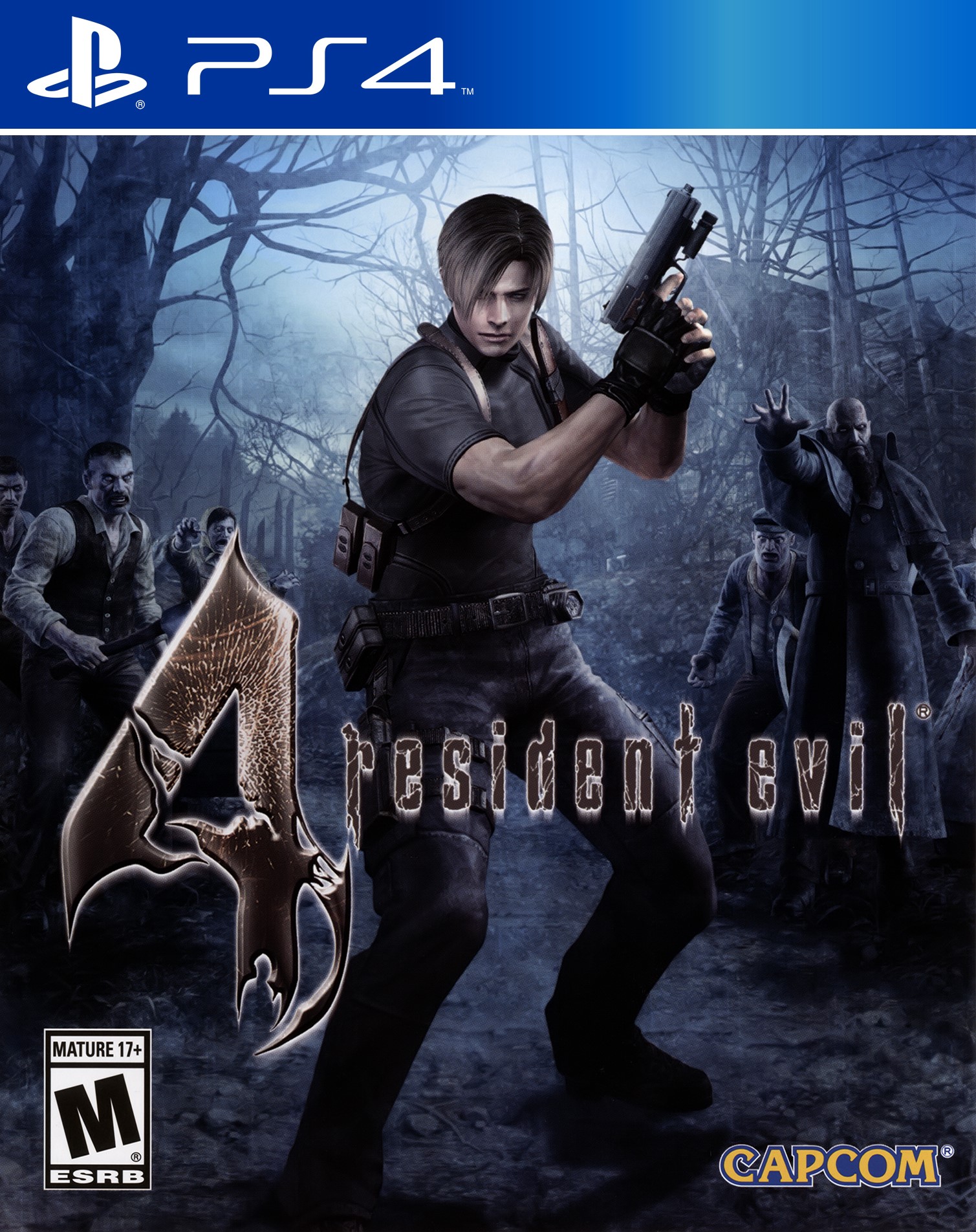 It’d be a common thing to say that Resident Evil 4 is the main reason why many people began playing the video game series. In my case, it wasn’t that I played RE4 first and loved it so much that I went back to try out its predecessors. It was because I felt compelled to play the original titles before touching RE4. In other words, I wanted to know why Capcom’s beloved survival-horror juggernaut became so famous by playing all the main games myself. After recently finishing RE3: Nemesis, I quickly proceeded to the next installment. Up to that point I was enjoying the series overall. The unique gameplay elements it presents, wonderfully detailed environments, and tugging sensations of apprehension and suspense it creates have made it a fun ride so far…despite the flaws in voice acting and general corniness of the series’ situations and characters. This is why I can understand why Capcom made major changes to RE4 as the 21st century began. It’s definitely a significant departure from the series’ core formula. The camera works like a Third Person Shooter (TPS), enemies interact with you in radically different ways, there’s a “store” where you purchase all sorts of supplies, and more just to name a few changes.

People talk about how the way we look at survival horror games today is because of RE4. I can firmly tell you that’s a valid reason because I believe the game is the king of its genre and goes beyond that to compare with the best video games I’ve ever played. Capcom’s daring risk to change was an absolute success that still delivers and surprises, as few video games have been able to accomplish.

(Story excerpt below in italics. Avoid if you don’t want to know about introduction.)

It’s been a few years since the Raccoon City Incident (the decimation of the city by nuclear destruction), the pharmaceutical corporation known as Umbrella has been disbanded, and the world is fully aware of the damage that bioterrorism can cause to humanity. During this time, Leon S. Kennedy (former S.T.A.R.S. officer in Raccoon City) has been training under the U.S. government as a special agent to perform secret missions of the utmost importance. His latest assignment turns out to be somewhat important: the President’s daughter has been captured by a religious cult. Leon is sent immediately to Europe to save her from their clutches. Fast-forward and we find Leon in an escort vehicle near the known location of the cult’s whereabouts. A village comes into view and Leon gets out so he can ask a resident if they have seen the President’s daughter. He finds a man that simply grunts at him and turns away…guess that’s a no. Suddenly, the man turns around and swings an axe at Leon! He has no choice but to kill him. Whoa, it’s time for him to get out of there. But alas, more villagers have come and killed some of the men in the escort vehicle, which left the remaining ones no choice but to escape. Leon decides to run in the opposite direction and accidentally stumbles upon one of his escorts stabbed to a log. That’s when he sees dozens of villagers with weapons and torches coming to kill him. There’s definitely something wrong here…and Leon has no idea what it could be. Regardless, it’s time to load and aim.

Story: One thing RE is generally not known for is its stories. They have typical and simple plots that are (for the most part) not important or engaging. I’m not saying they can’t be; they are entertaining, creative, and interesting to a point. RE4 puts a new spin on the series’ storytelling with a very intriguing introduction that makes you want to know what the heck is going on. RE4 is a zombie game, but I start out fighting people that can hold weapons, communicate with one another in their native language, and work together. I wouldn’t call them zombies…or are they? The story only thickens with mystery and excitement as the game progresses; it grabbed my attention unlike any of the previous RE games have done.

Gameplay: The gameplay is no exception. It pleasantly surprised me how it managed to feel like the old RE games while implementing bold, new changes. Let me hit you real quick with some contrasts. As I’ve already said, the first three RE games have an overhead camera that changes position as you move from spot to spot. On the other hand, RE4 uses a Third Person Shooter style camera that follows the position you’re looking at. Speaking of which, you can now fully aim in RE4, whereas in the other games you auto-aimed onto your enemies from above in their general direction. The “tank controls” are still present in RE4, but they have been refined to make you feel slightly lighter on your fight. Combat has been changed to where you can interchange between a knife and gun in an instant or perform a special kick attack when an enemy is dazed. The enemies are MUCH smarter now and can dodge your aim, use weapons like chainsaws and axes, and come in several deadly forms. Weapons, health items, and upgrades can be purchased with gold from the Merchant in specific areas of the game. It’s entirely different from randomly finding those types of items in RE4’s predecessors. There’re also parts in the game where you must co-operate with a partner by helping them when they’re attacked or simply defending them, which was not like the lone wolf style of the past games. I could go on, but these are basic representations of how much RE4 went off the beaten path.

I haven’t really mentioned whether these changes are okay, good, or awesome. I’d easily say the latter. RE4 manages to feel like I’m playing the old RE games from a different and more complex perspective. In addition to retaining the key feel of the original formula, new additions like currency, a “store,” and radically different enemies reenergizes and increases the fun of the gameplay everyone has come to love about RE. 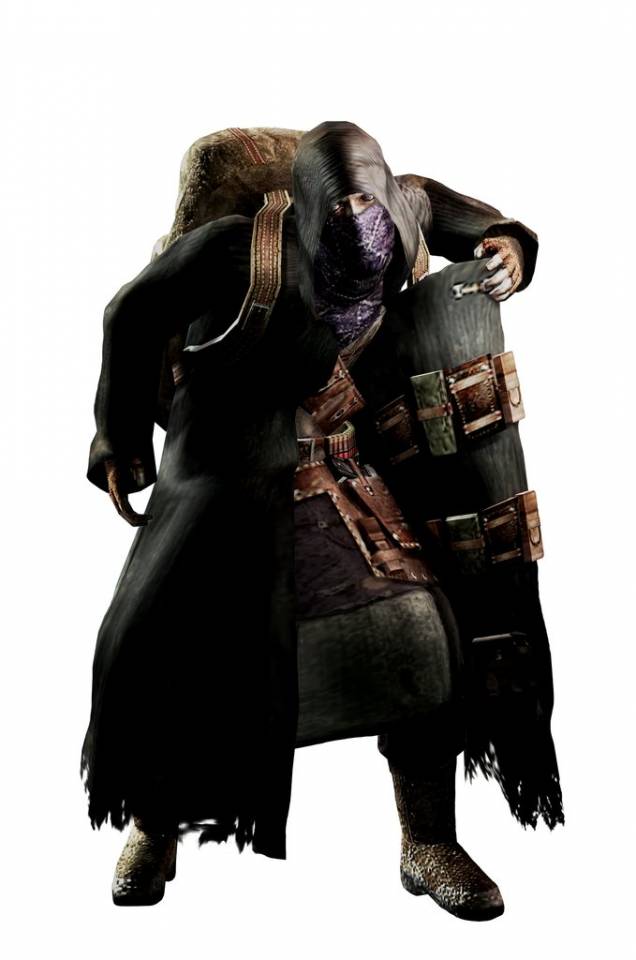 Graphics: The graphics remained quite similar to each other in the past three installments with minimal improvements in-game. RE4 is a technically massive jump in every aspect. I played the HD remake of the game and would easily say it could match up to today’s games. Character models, environmental effects (like lighting, shadow, or water), and the environments themselves are so detailed. Speaking of the latter, that’s what really wowed me in RE4. The locations are so diverse and wonderfully laid out. I still can’t get over how awesome the world of RE4 is. It suffices to say that even though graphics are never the reason why you should play a game, RE4 manages to be a visually pleasing treat.

Audio: As it has always been, the music of RE fits the mood of the games very well and makes the experience more immersive. RE4 manages to retain this description that I personally gave it. The suspense of a creaky hall or the security of a safe-house is always bolstered by awesome music. You could say the same goes for the sound effects. Capcom has always been acute to getting even the most minor of detail into their games, and RE4 is an example of that. However, there is one, slight problem. Some voice clips and sound effects sound really low in quality compared to other sounds…like they belong on a handheld game or something. Sure, it was noticeable, but it isn’t a big deal because it was probably a hiccup in the HD conversion process. Everything else sounded top-notch on my surround sound speakers. And last, but certainly not least, the voice acting! The only horrific aspect of RE that’s so bad that everyone loves it. Guess what? It’s so much better in RE4. I wouldn’t say its worthy of an award, but Leon has some great one-liners and none of the voice actors sound like they’re reading off the lines. I’ll take it over the forced, super cheesy, and horrific voice acting of the old RE games…even though it does induce a lot of laughter.

Overall, the audio has improved in quality since RE3. Capcom kept up to make RE4 an immersive experience not just in a visual, storytelling, or gameplay-centered way, but in an auditory way as well. 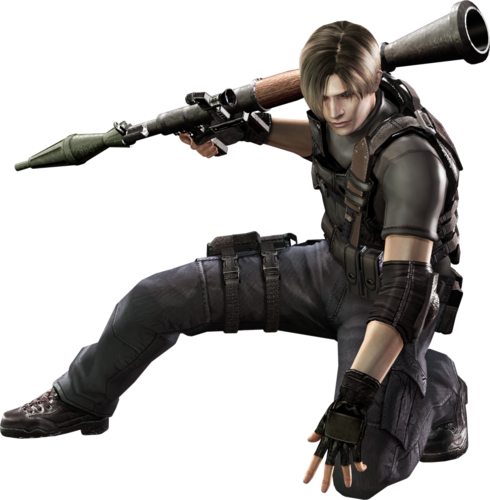 Why, yes, he does indeed look like an absolute boss.

Longevity: Today’s single player campaigns typically don’t last that long. I’d say anywhere from 4-12 hours. Strangely enough, this was in the range of how long the old RE games are (most of my playthroughs lasted around 10 hours). RE4 caught me by surprise by lasting twice as long! Minus the time I paused the game, I’d say I completed the game in 22 hours. Normally, games that start to last this long wear on me around 25 hours, but I could have played RE4 for even longer. It’s amazing how engrossing the entire experience was even though it was almost too long (I know, that sounds odd to complain about, but it’s just an opinion of mine). And what’s even better is that I got an additional 5 hours out of an awesome side-campaign that shows a different side of the main story from another character’s perspective. I didn’t play it, but there’s also a mode called Mercenaries where you complete challenges by fighting against the clock; a popular mode among fans of RE. As you can see, RE4 is a lot of bang for your buck. You can’t go wrong with a purchase that has so much worthwhile replay value and length.

Conclusion: What is RE4? Simply one of the best games I’ve ever played. I’d definitely put it in my top 10 video game favorites. Capcom managed to take all of the great things about its past RE games and combined them into a package with new ideas that bode really well together. Even if you don’t plan on playing any of the other games, RE4 is something that needs to be in every gamer’s collection. There’s a reason why it’s the prime example of survival horror and is regarded as one of the best games of this past decade. The reason being that it’s just flat-out brilliant. I really hope you’ll be willing to spend $20 for this game…you won’t regret it, strangah.