Theory And Criticism of Games – Reviewing The World Of Infamous: Second Son 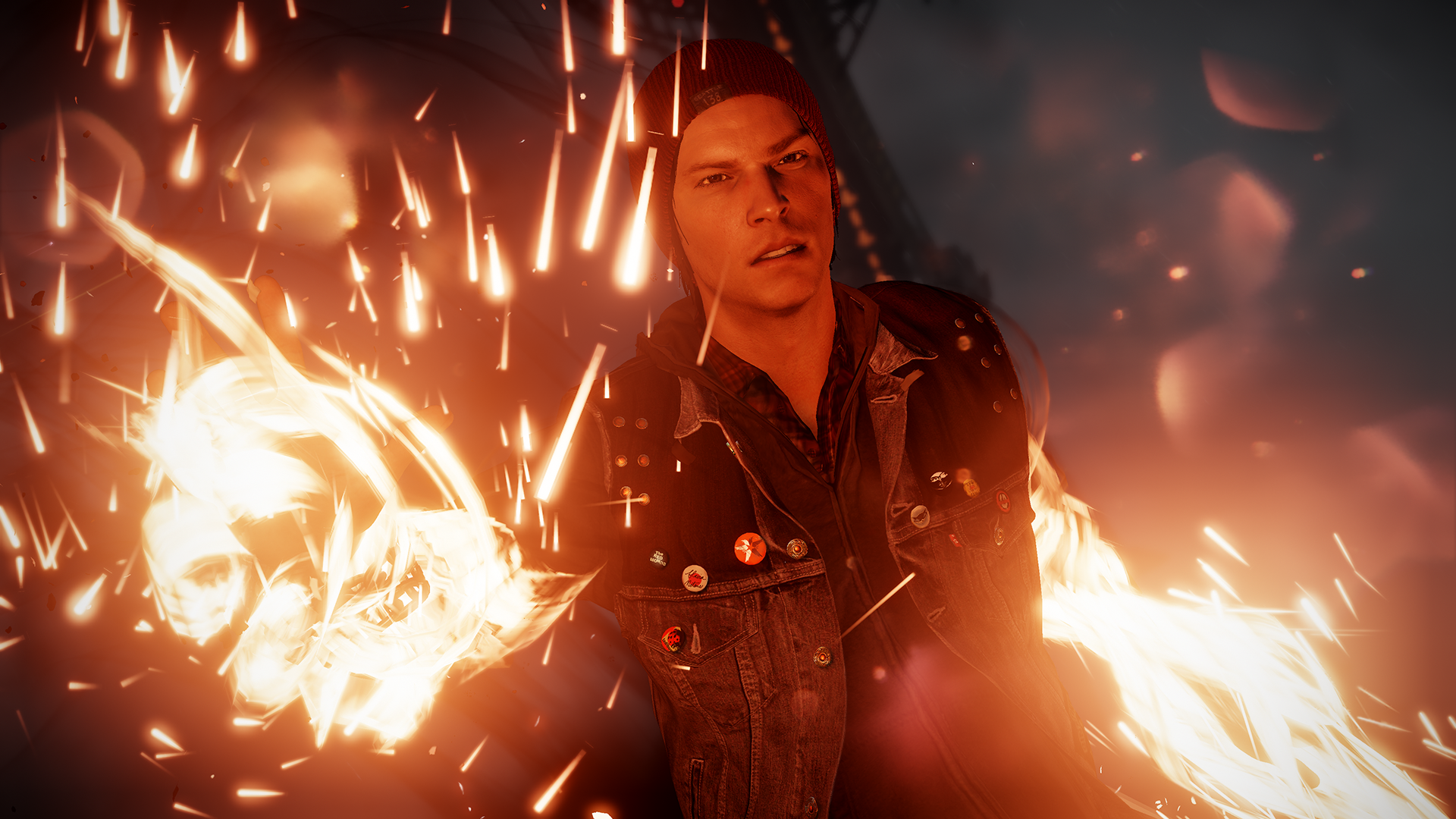 There’s no doubt that inFAMOUS is one of my favorite Playstation exclusive franchises and among the most popular superhero, comic book-like game series of all time. The open world exploration, powers and abilities galore, fun side content, and replay value are only a few reasons to return to the games’ fictional, robust cities. There’s an undeniable sense of influence players have on them, affecting the storyline, characters, and even the surrounding environment depending on if they make protagonist Cole MacGrath a force for good or evil. Although it’s blatantly obvious what actions are morally good or bad in the game, the ability to play as a hero or villain and change the fate of history nevertheless feels like a fairly personal journey where players are put in a role of great importance and responsibility that they can control. It’s empowering, and it’s ever so entertaining.

In recent PS4 hit inFAMOUS: Second Son, that core appeal of the series remains, but it’s an entirely new ballgame with protagonist Delsin Rowe and his friends as they face a different struggle in a real world location: Seattle, Washington. While people – such as myself – were hoping that it would advance in how moral decisions are portrayed and make greater strides in the gameplay and depth of side missions, this has not necessarily happened. Even still, it’s as fun as ever with more powers and even more fluid and quick traversal options, but how does the world fare? In other words, do the story, characters, and setting set Second Son apart from its predecessors? I can affirm that with a confident “yes.”

The story finds our hero about to get in trouble for painting graffiti on a billboard in his hometown, but suddenly, a giant prison vehicle comes careening down the nearby highway and crashes, sending fiery debris everywhere. It turns out it was transporting people to Seattle called “Conduits,” who possess bizarre powers and are feared by the normal population. There are only a handful left after the climactic events of inFAMOUS 2, and when Delsin comes in contact with a man that has the ability to harness smoke, he absorbs his powers. However, Delsin is eventually kidnapped by Augustine – the leader of a government organization rallying up remaining Conduits – and tortures him along with the rest of his townsfolk merely because he admitted he has powers. He wakes up from his injuries a week or so later and vows to have revenge on Augustine and her “DUP” organization by traveling to Seattle, where he seeks to find more Conduits and absorb their powers in the fight against her.

As was indicated at the game’s original reveal, there are themes of government control throughout the story, and while it’s a bit heavy-handed, it’s still handled very well considering the outlandish and comic book-like universe of inFAMOUS. It basically asks these questions to the player: how much would you put on the line to fight for freedom? Would you do it for yourself or for others? Are you willing to put yourself in harm’s way to stand up for your beliefs, or will you stand by as your liberties are stripped from you? They’re powerful and relevant questions in this day and age as governments around the world have slowly expanded their control and influence since people feel more secure and untouched in today’s world. It puts us in a situation where we must discern when enough is enough and draw the line.

Moving on, the plot is straightforward like the past stories, but still shines with its evenly unfolding narrative and intriguing material to draw from. It’s by no means hard to follow or complex, but since it takes place seven years after the second game, there’s no denying the allure to see how everything has changed over time with this new angle on the inFAMOUS universe.
Since Empire City and New Marais were fictional places based on Chicago and New Orleans (respectively), Sucker Punch Productions had the freedom to create their own playgrounds for players to explore, but sacrificed the exciting potential of using real world locations and landmarks to visit like in the Assassin’s Creed franchise, which is one of the reasons I love it so much. With Seattle, Sucker Punch has retained the majority of its recognizable layout and distinctive qualities mixed in with their own take on the city. In doing so, it feels like one of the most grounded and authentic places I’ve personally interacted with in a game. It gives weight to and allows me to be more immersed in the experience since I recognize and can influence everything around me as Delsin.

But one thing shines above the rest of the previous points, and that is the characters. In the previous games, I loved the cast of characters and how their personalities ranged across the board from being entertaining, humorous, grave, surprising, or annoying. However, most of them never truly had a sense of relatability or realism to them. They seemed grounded in the inFAMOUS world alone, reacting to the situations around them as normal comic book characters would. Second Son flips this personal impression of mine on its head, providing diverse characters once again that are even funnier, more entertaining, and – above all else – believable. When Cole got his powers, he was flabbergasted at first, but quickly got excited and marveled at his newfound abilities. On the other hand, Delsin stumbled around in panic and stuttered with fear as he tried to work out what happened to him, only accepting his power as an exciting turnaround for his life a little later on. Whereas Cole’s friend, Zeke, immediately approved of and incentivized him to use his powers, Delsin’s friend (and brother), Reggie, continually hopes that Delsin will return to being normal one day, always warning him to be careful and wary of the danger around him. I believe that the latter examples here are more realistic reactions that people would have, but that’s not all. The dialogue and acting of the characters are also wonderfully authentic and flawed, meaning that they expertly reflect the awkward, serious, weird, random, and funny real world conversation we partake in every day. What I mean is that the game doesn’t seem scripted, forced, or exaggerated; what’s said and how things are said by nearly every character (especially Troy Baker as Delsin) is astoundingly good and flat-out believable, rivaling the likes of the realistic portrayals of characters in The Last of Us or Beyond: Two Souls. I just feel like the characters of Second Son could exist in our own world, signifying how relatable they are.

In conclusion, Second Son is a game that’s fully aware of how crazy it is with its bizarre enemies and ridiculous (but still amazing) powers. Yet players get to experience it with a lens of realism by having a real world setting they can relate to and influence, a story that tackles more serious themes while maintaining its humor and comic book-like appeal, and compelling, relatable characters that seem like they were pulled right out of our own reality. Although the game plays it safe by improving and refining its gameplay formula from past titles, there is clear advancement in how the world is presented. It’s beautiful, believable, and demonstrates that the next inFAMOUS should only go up in quality from here on out. 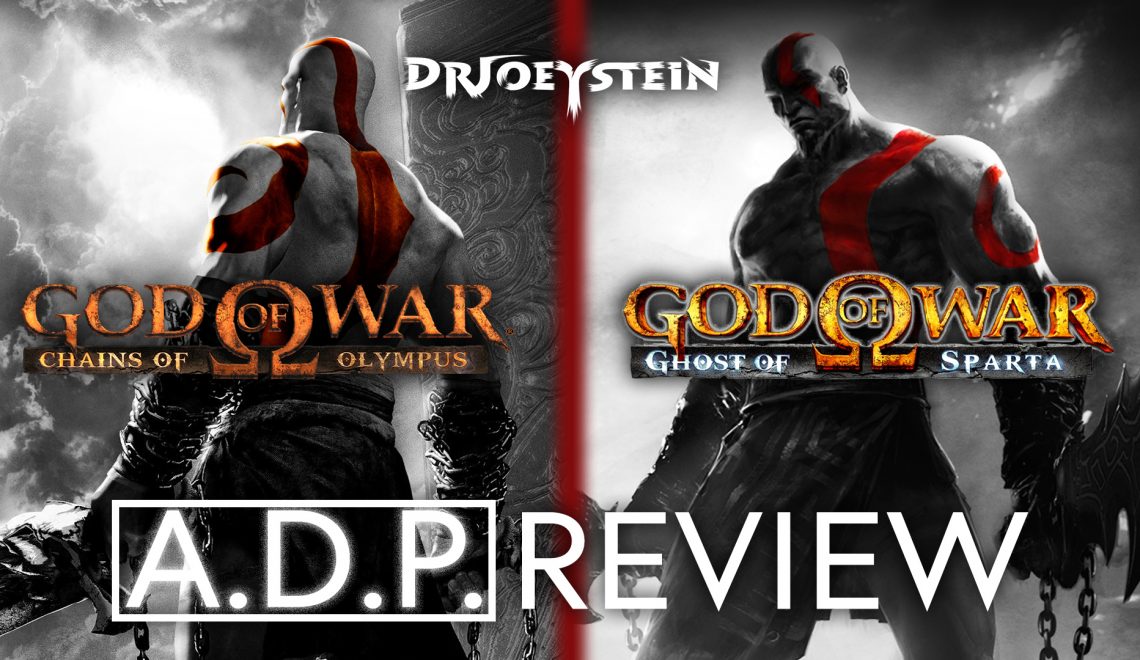