This paper was written for my Games Industries and Organizations class at HPU, where I was tasked to discuss a developer’s accomplishments and history. 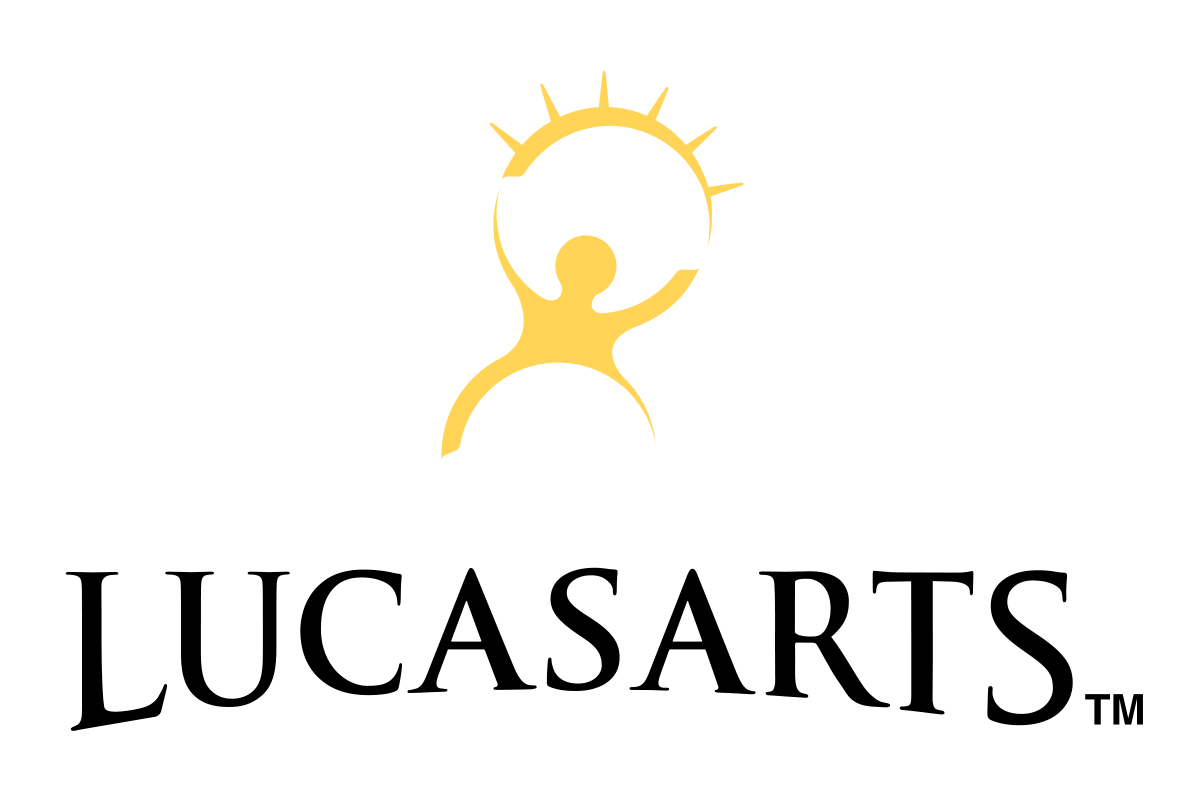 LucasArts: Technological Innovators Before Entering a Galaxy Far, Far Away

Whenever someone mentions the name “LucasArts,” it is quite the challenge to avoid not mentioning this game publishing and developing company’s large pedigree of groundbreaking video games in the same breathe. The Secret of Monkey Island and Grim Fandango are landmark titles that redefined what adventure video games are capable of; Star Wars: Dark Forces II, Outlaw, and Star Wars: Battlefront II are hailed as exemplary shooters in their own rights, and the list goes on. It is no wonder why the company will be forever known as a major player in and influence on the video game industry from its inception until Disney – which purchased the company along with Lucasfilm on October 30, 2012 – reduced it to a licensing model on April 3, 2013. The host of employees were laid off as well, which was probably for the best after several, unfortunate years of internal mismanagement, various types of conflict, and too many canceled and failed projects (Reiner, 2014). Rather than reflect on the downfall of this once powerful company, it is more suitable to reflect on the myriad victories and innovations it accomplished over three decades alongside other prominent game publishers and developers. There is a wealth of worthy topics and stories to cover, but I would like to divulge in one that would be understandably overlooked by most, and that would be the early technological advancements made by LucasArts before the 21st century. They may hardly be as commonly known or famous as what – to point out some obvious examples – iD Software did for the first-person shooter genre with DOOM or what Nintendo did for 3D platformers with Super Mario 64, but they are impressive feats regardless, and I believe they are worthy of recognition.

One of LucasArts’, or, as the company was called for a time, Lucasfilm Games’, earliest games was Rescue on Fractalus!: a spaceship simulator game where the player must fly across an alien planet’s surface and rescue fellow pilots who crash-landed. Being that it is on the Atari 800, creating something like this from a 3D-like first-person perspective sounds nearly impossible, but this was actually accomplished with the “Genesis effect”: a fractal algorithm-based technology that creates jaw dropping scenes where 3D images are scaled and become more detailed as a player moves closer to them. It was created by Loren Carpenter and used not only in several Star Trek films, but also in Rescue on Fractalus!, which was the most alluring aspect about the game at the time. It happened that he was working with David Fox (one of the original team members of Lucasfilm Games) and took up the challenge of doing the impossible by replicating the Genesis effect on the Atari 800 in a matter of days after teaching himself how to code for it (Bevin). Once his preliminary work was finished, he handed it over to Lucasfilm Games to finish and publish. The visuals were so revolutionary that many people believed showings of the game were pre-recorded or faked since fractals on such a technologically limited console seemed preposterous, but it was a reality of forward-thinking technology in the mid-1980s (Smith, pp. 16-20).

One of the biggest steps taken by the company was in the adventure genre with Maniac Mansion during 1987. The genre mostly consisted of games that were completely text-driven (like Zork) or partially text-driven with the aid of pixelated graphics (such as the King’s Quest series). However, this involved the difficult task on a developer’s side to program these types of games so that the player could assume and type in the correct commands, which had to make common sense so a player would not frustratingly guess what to type on their keyboard. Ron Gilbert, an employee of Lucasfilm Games in the late 1980s and early 1990s, thought this was inefficient game design and sought out to create the SCUMM engine (which stood for “SCripting Utility for Maniac Mansion”). Unlike any other text-based adventure game, it took away the need for typing anything and implemented gameplay that simply required clicking on anything in the environment after specifying a key action in a box filled with other verbs that were placed below the game’s primary visuals. With access to Unix stations and the help of programmer Chip Morningstar for over a year, the scripting language led the way to its use in many future titles besides Maniac Mansion, including the first few Monkey Island games since it could be altered to keep up with advancing technology (Andreadis, 2015; Smith, 2008, pp. 31-32). Speaking of Morningstar, he not only helped to make this engine a reality, but also a game that was a victim of its own popularity and brilliance.

Habitat was essentially one of the first MMOs in the industry’s history that was intended for release in 1986, and Morningstar and co-designer Randy Farmer even won a 2001 First Penguin Award at the Game Developers Choice Awards for this ambitious project. Even though it was made in partnership with Quantum Computer Services (which later became America Online) and licensed out after being shelved in the US, it was truly ahead of its time and a marvel, as Farmer explained in a recent interview.

“[Habitat was] a multi-participant online virtual environment. Each participant uses a home computer as an intelligent, interactive client, communicating via modem and telephone over a commercial packet-switching network to a centralized, mainframe host system. The client software provides the user interface, generating a real-time animated display of what is going on and translating input from the player into messages to the host. The host maintains the system’s world model enforcing the rules and keeping each player’s client informed about the constantly changing state of the universe” (Rignall, 2014).

The reason for its downfall was not that it didn’t function. The game was practically complete, but later on it was discovered that Habitat could not handle over 500 players at once who played the game for extended periods of time. Expanding this number meant more servers, which was hardly a feasible venture despite the game’s popularity. Nevertheless, it remains a remarkable feat and could be considered a hidden foundation to the MMO genre. Indeed, Lucasfilm Games had to consider player-on-player interaction and associated rules, which “required the developers to broach subjects never before considered in game design” that lie at the core of what MMO game design is still about today (Rignall, 2014; Smith, 2008, pp. 38-41).

Lastly, there must be a small mention made for iMUSE: an “Interactive MUsic Streaming Engine” developed by composer Michael Land during the early 1990s for Monkey Island 2: LeChuck’s Revenge. It integrated well with the SCUMM engine and its creator, Gilbert, calls it “…pure genius. I wish I could claim credit for it” (Smith, 2008, p. 65). The “genius” he alludes to lies in how iMUSE allows for seamless transition of musical tracks to match whatever is going on during gameplay, which was previously difficult to master considering how players can approach and encounter situations in endlessly different ways. Lucasfilm Games found it to be so incredibly innovative and useful that it patented iMUSE for the exclusive purposes of its own games. Up until the start of the 21st century, this decade or so was when the company ruled in the adventure genre, and since this engine gave the development teams the ability to create and organize music and sounds that naturally react and adapt to players’ actions, it is no surprise that general manager Kelly Flock considered it “probably the single most important technology that was developed [at Lucasfilm Games].”

In viewing all of these innovations together, it can be said that LucasArts not only had an undeniable impact on the adventure genre with SCUMM and iMUSE, but also on the advancement of graphics technology with the Genesis effect in Rescue on Fracalus! and the nascent work made to tap into the MMO genre with Habitat, several years before it became a distinct, possible reality in the 1990s. While these victories in game development are rarely discussed on their own, there is a wonder to find in how these accomplishments served as indirect yet powerful influences on the game industry since they were either ahead of their time in ways no one thought possible or paved the way for LucasArts to have a permanent mark on the adventure genre that is sure to endure.