The Purity Of Paddington 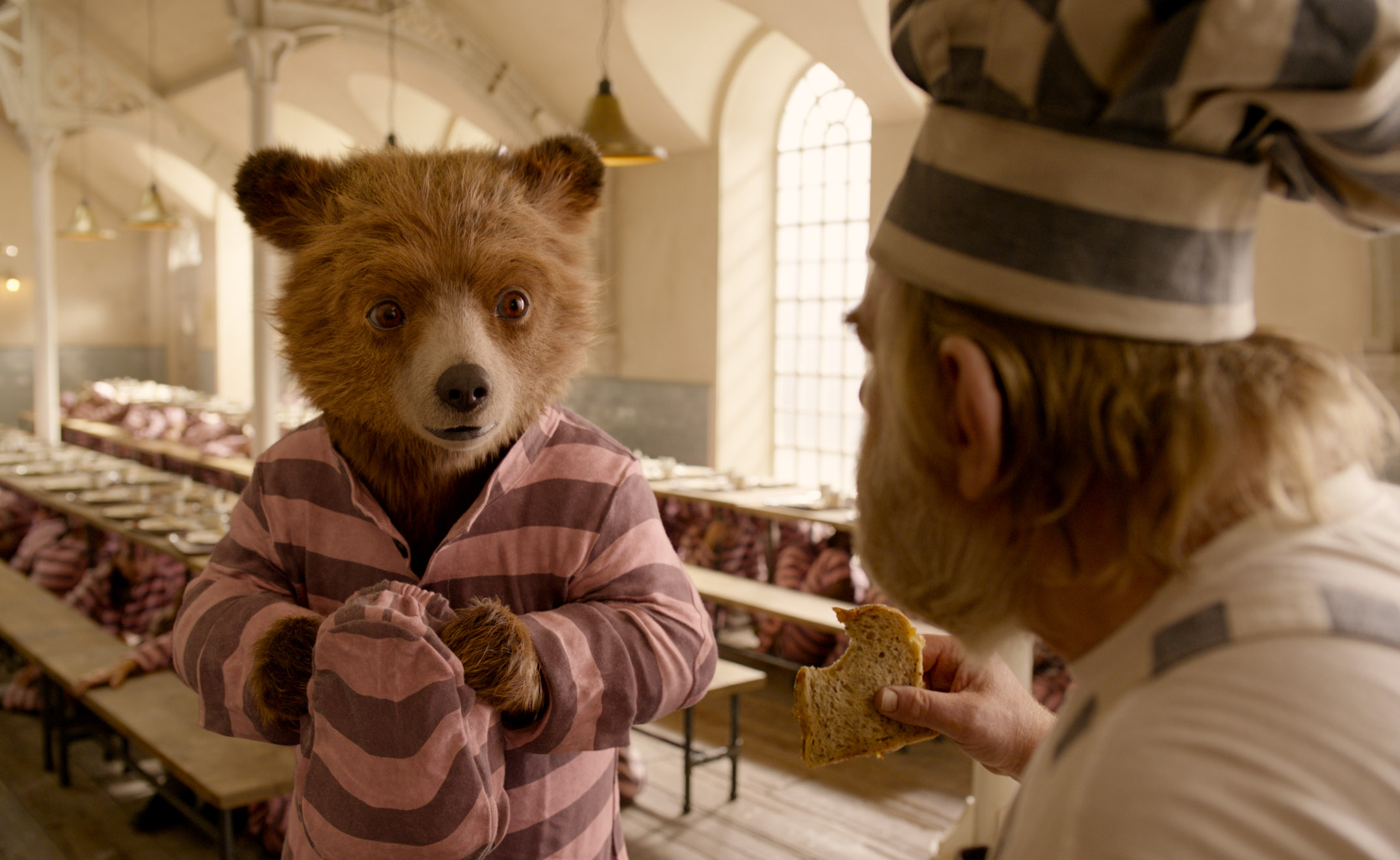 You know those spiffy airplanes that have screens on the back of the chairs in front of you? It’s such a great way to kill time on lengthy flights and catch up on films you might’ve missed. I was on a flight that had one of those the year I went to Switzerland, visiting places such as Lac Léman, Zermatt and Lucerne over a two-week period. I think I watched The Theory of Everything and Kingsman: Secret Service on the way to the country and back home. Both movies are wholly different yet phenomenal in their own ways, but there’s another one I saw that indelibly stuck with me: Paddington. I’d never read Michael Bond’s books as a kid (Winnie The Pooh filled that void) and didn’t know much about the eponymous character himself, but if the movie was any indication, I’ll be making it a priority to read them to my children if I were to have any someday.

Paul King’s adaptation left a glowing warmth in my soul that rare few movies, videogames, or books have done. The thing about Paddington as a character is that he’s a truly pure soul, unencumbered by the weight of common vices like jealousy or unfounded anger. After rejection and mistreatment upon arriving in London, he maintains an optimistic outlook and disposition, which is what initially draws the Brown family to taking care of him. His ongoing influence brings the dysfunctional household together when he needs them most. The father – a hard-hearted cynic at first – comes to say this in the face of the antagonist by the end:

“When I first met Paddington, I wanted nothing to do with him. But my wonderful wife . . . she opened her heart to him, and so did my incredible children. And now I have, too. It doesn’t matter if he comes from the other side of the world, or that he’s a different species, or that he has a worrying marmalade habit. We love Paddington, and that’s what makes him family. And families stick together.”

There’s nothing that moves my heart more than characters who act out displays of selfless humility. It’s why the ending of The Hobbit gets to me. To see Thorin Oakenshield, the king under the mountain, shelve his pride by hugging Bilbo after doubting him is profoundly inspiring. When it comes to Paddington, he doesn’t act this way sometimes, but always. He embodies The Golden Rule even when he has every seeming right to retaliate in kind to others. The first film establishes this groundwork within the Brown family, but the sequel doubles down on it by showing how his infectiously heartwarming presence changes everyone around him. It makes Paddington 2 one of the best children’s movies that should not be watched by its target audience alone because it reminds us all how much a little kindness can change the world.

When Paddington goes out in search of a job, he discovers that he’s the living equivalent of a squeegee and takes up the role of a window cleaner. When he gets to his neck of the neighborhood, he offers to tidy up Colonel Lancaster’s horribly grimy windows. The grumpy, cynical man declines in a huff and slams the door. Most wouldn’t bat an eyelash at the bear if he walked away, but he shrugs his shoulders and gets to work anyway. Watching Paddington in bafflement through the glass, Lancaster finds himself locking eyes in the distance with a pleasant woman named Miss Kitts, which develops into him venturing outside and finding love for the first time in years. Paddington didn’t just wipe away the dirt at the Colonel’s windows, but also inadvertently did the same for his heart as well, even when he was far from deserving this self-sacrifice.

When Paddington is falsely accused of theft and sent to prison, he comes face-to-face with Knuckles: the fiercest, most intimidating man in incarceration. That doesn’t stop the bear from being honest about his foul cooking in a polite manner, which serves as a gateway to opening him up to change the menu with marmalade sandwiches. They work together in the kitchen to get this done, but when Knuckles feels entitled to sit and watch, Paddington gives him a life lesson from Aunt Lucy, to whom he insults and says, “I don’t do nothin’ for nobody for nothin’.” This is the only time Paddington displays a form of aggression with his signature “hard stare.” It’s not out of any self-centered, uncontrolled anger, but always done in the service of defending the unjustly accused or reminding people when they “forget their manners,” as Aunt Lucy also taught him. He goes on to encourage Knuckles to recognize his potential when he doubts himself. This belief in the good of others goes on to influence the entire prison’s atmosphere because when all hope is lost, Paddington retained it. He doesn’t hold a grudge to Knuckle’s present (and future) mistreatment either. He constantly forgives and forgets, but never compromises what’s right when he’s forced to choose. This persistent commitment to values melts away Knuckles’ selfish mantra by the film’s end, resulting in the impossible: he sacrifices his freedom in the service of another … all because of the nagging influence of that bear.

As for Paddington’s neighbors, they all fall into disarray when he’s gone. They took his presence for granted and never realized how the brief moments he showed up in their lives changed the way they saw and went about their days. I know that a simple “hello” or an offer to help from a friend or stranger can brighten my entire day. In a world where we’re prompted to keep to ourselves and work to the bone in isolation, we forget how seemingly inconsequential forms of address and minor acts of service can say to those around us. Much like Mr. Curry in the film, our daily absorption in social media seems like everyone finds joy in the misfortune of good people; a minority like this sounds much louder and bigger than it really is. However, when Paddington needs the neighborhood’s help after his escape from prison, their combined love and joy for the bear drowns out Mr. Curry as they find a small piece of purpose again that’s worth fighting for. It’s nice when we get to see and (better yet) be a part of this kind of action, too.

When I think about characters like Paddington in cinema, we don’t see many like him these days. He feels like someone from a bygone era, much like Superman or Captain America. They come across as untouchable paradigms that aren’t relatable or realistic, which DC and Marvel (particularly DC) have attempted to bring down to earth with morally ambiguous, dark stories that take them to the brink. The Last Jedi has made it abundantly clear: our generation longs for heroes who aren’t perfect. Icons who wrestle with philosophical and personal issues across the board. There’s a place for these characters in our culture to be certain, but sometimes, we need heroes to look up to who live out ideals to a tee and then some. Paddington is a perfect reminder because he doesn’t let the darkness and moral ambiguity of the world cloud his judgment; he doesn’t act and behave toward people as they deserve, but simply as he should because he wants to, not out of any callous, pharisaic obligation.

Our minute-by-minute interactions with people in how we speak, act, and think can mean a world of difference. Swallowing our pride and maintaining our manners can go a long way. We’re increasingly prone to lack empathy, openness, and gentleness, but I was reminded by Paddington 2 that we need pure characters like this. Our culture is starved for them because of how division and cynicism seem to encroach on us more tightly every year, which I think is made strongly evident from the overwhelmingly glowing reviews for the movie. We feel less inclined to see the good or potential good in others, and even when some seem bereft of it, that’s when we need to remember Aunt Lucy’s key advice the most.

“If you’re kind and polite, the world will be right.” 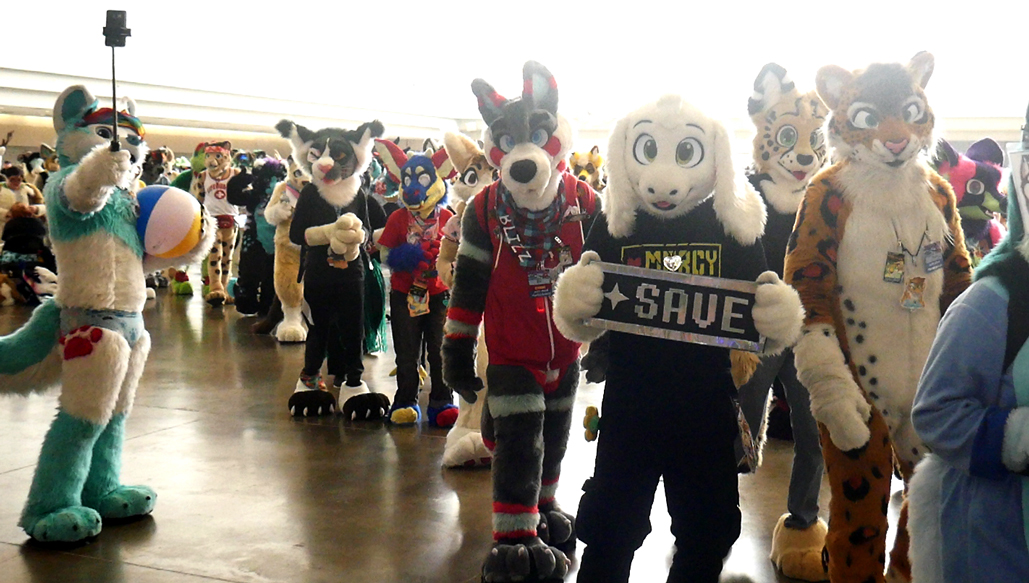