To Live And Let Play

I still laugh watching Adam Montoya’s (Seananners) videos where he goofed around with friends in multiplayer mods of Half-Life 2 and user-created modes for Garry’s Mod, such as Prop Hunt and Trouble in Terrorist Town. However, I’ve fallen off of the Let’s Play bandwagon for some time. I have little time to play videogames as it is, let alone watch other people do that for me . . . but I do make exceptions here and there if some content creators happen to meet my higher standards of who’s worth watching while I’m, say, eating dinner or cramped on the bus ride home.

I sound like a snobby connoisseur of streamers and Let’s Players (if there’s such a thing), but I’m truly picky. I almost always refuse to watch playthroughs unless there’s a great speedrun to check out. I’ll watch crazy edits of gameplay and chuckle along with people messing around with reworked rules for a game.  Clips of subversive mods can send me reeling. Highlights of esports matches can hype me up, too, but I don’t really invest in the competitive scene otherwise. I’m curious to see how other players react to moments from The Last Guardian or Wolfenstein: The New Order . . . I never stick around to watch the entirety of their playthroughs though.

There’s a running theme here. I seem to enjoy silly gameplay well enough, so you’d think I would’ve jumped into them myself since I’m not partial to experiencing games vicariously.

Well, no. And my reasons are flimsy at best. 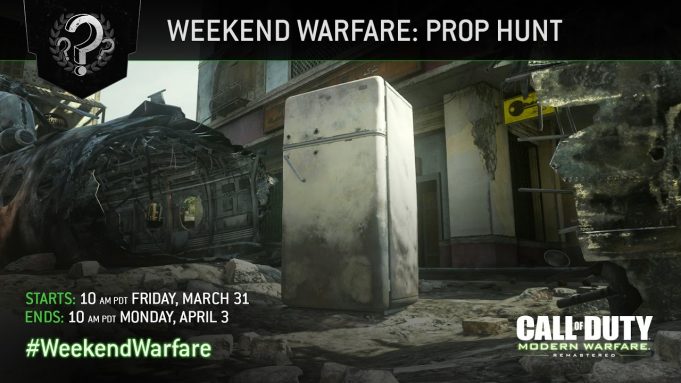 Much like how Grifball rose to official status through the Halo community, Prop Hunt evolved from Team Fortress 2 and Half-Life 2 mods. You’d be surprised how many staple modes arose from players!

Another way I closely guard my time is to make the most of my multiplayer and single-player escapades, so I’ll lower the difficulty of some games if I get stuck for an inordinate amount of time (at that point, I’d rather move on to other games than prove something). If I earn more XP or can take on challenges with a multiplayer mode, I’ll forego others that might be more fun for the sake of knocking multiple birds out with one stone. I might as well, right? Why waste time playing no-nonsense modes like Prop Hunt in Call of Duty: WWII when I can accomplish something? With those misgivings, my friends had to chop away at them until I relented.

I hadn’t laughed so hard playing Call of Duty in years, nor been so engaged, but that has less to do with skill and more with the pure fun of it all.

If you get to the bones of Team Deathmatch, it’s classic yet safe and comfortable. It can certainly be fun, but I find myself zoning out since I mostly use it as a means to chat with friends. I wouldn’t still be playing the game otherwise. It’s not like Rainbow Six: Siege or competitive seasons in Overwatch where players’ focus and skill is (optimally) demanded at all times. Those can be great fun, but you can’t relax and do what you want, otherwise you’d be spoiling the competition for everyone. It’s all in or nothing.

Team Deathmatch also isn’t like the aforementioned goofy modes that toy with a game’s intended experience with bizarre, unconventional rules. Things may get heated and “serious” depending on the nature of any given one, but more often than not, everyone will laugh off defeat because people are three to have a good time.

Standard modes often feel like they’re in-between those two categories. You’re encouraged to play at your best, but can test trial new weapons, characters, or whatnot without being bashed (if you’re not intentionally throwing games); teamwork is optimal, but being a lone wolf isn’t necessarily frowned down upon; whatever goes, but not exactly. It’s a middle ground of conflicting expectations that borderline on spiraling into apathy. I don’t usually feel this way starting out with any game because I’m invested in figuring out how it works and how to play well. 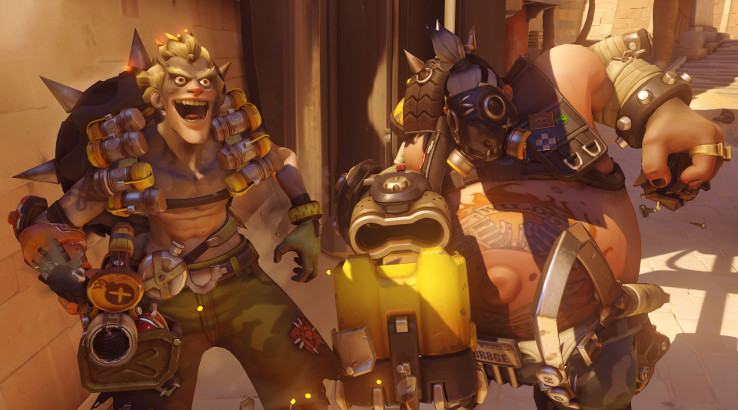 Just approach Overwatch the same way Junkrat does: it’s all a game. Mix things up by moving from competitive matches and testing out the insanity of low gravity or random Hero game modes. How about everyone playing as McCree with High Noon enabled at all times? It’s stupid . . . but sounds fun, doesn’t it?

Over time, that gradually fades away with usual modes like Quick Play in Overwatch, Clash in Destiny 2, Rush in Battlefield One – I find myself playing them to pass the time with something that’s engaging enough, but not on a deeper, memorable level. If I’m playing with friends or by myself, there’s little need to coordinate or focus with these modes. It’s all background dressing or a means to sate my boredom. And hey, when you just want to chill out, they’re perfect.

However, if you want to bring the attention on playing a game to its fullest, you shouldn’t cling to standard modes to simply level up and earn things if you’re trying to give yourself things to do. You should devote that focus to competitive modes, but if you’re looking for a silly, good time, you shouldn’t turn your nose up to custom games or the Arcade in Overwatch. Get involved in the spontaneity of a battle royale title like Fortnite. Call of Duty‘s Gesture Warfare and Prop Hunt may not earn you much XP or contribute to your KDR, but they will raise your spirits with how hilarious and entertaining things can get. Go on and give those player-created modes a go with a group of friends to goof around in.

In a time that prompts us to consider how to always optimize our time, we shouldn’t always let that grip our gaming habits and get-togethers. You might wonder the point behind such an outlook, but you won’t for much longer if you forget the typical objectives and ascribed reasons to experience any given game. Revel in the idea to live and let play.