This is my review for Star Wars: The Force Unleashed (Ultimate Sith Edition), which was published as a user review on Game Informer.

The Force Is Strong With This One… 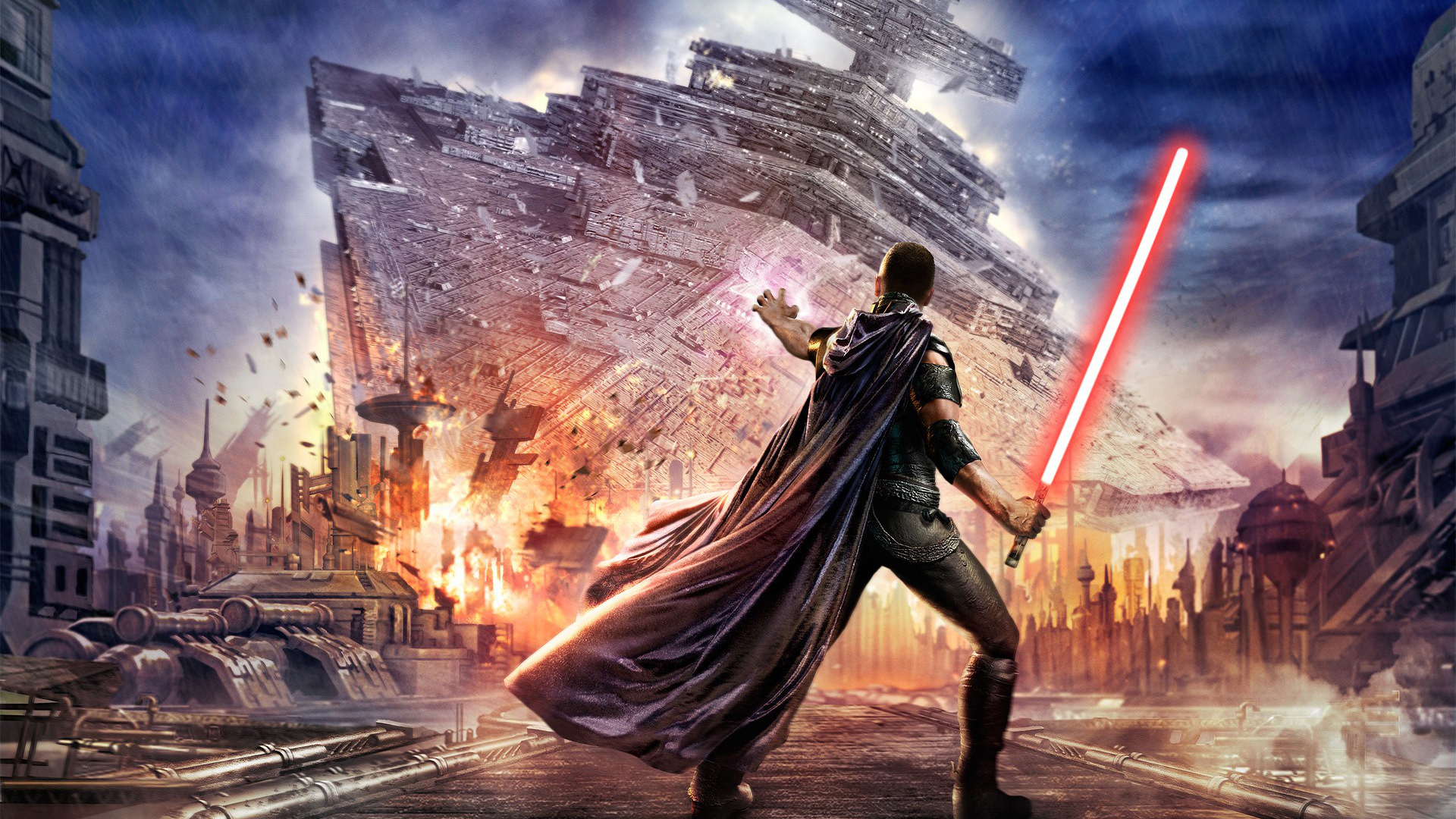 Darth Vader invades the planet Kashyykk in order to find a rebel Jedi that escaped Order 66. He finds him, defeats him, and is ready to kill him. But before Vader deals the final blow, a young boy surprises him from behind by using the force to take his lightsaber. This happens to be the Jedi’s son. Just then, Stormtroopers arrive on the scene to see what’s happening. Vader kills them all and the Jedi…but spares the boy. Vader senses that the Force is strong in him, and sees that he could be of use.

Plot: You play as Starkiller, Darth Vader’s secret apprentice. You do Vader’s bidding, and perform various tasks for him. In this game, Vader assigns you to kill various Jedi targets. But as you do so, you are slowly having to choose who’s side to be on. Should I help Vader, or the Jedi?

I really liked the story, it fits in with the Star Wars universe. They capture what Starkiller’s feeling very well. You get a sense of what he’s going through, how he feels about what’s going on. I know that sounds a little weird, so let me just say the story is good. You’ll like it.

Graphics: I think they’re pretty nice graphics. Attacks and take downs look great, environments are big and still look good, I hardly have any complaints. If we’re talking about the cutscenes, then that’s a different story. They look fantastic! A small amount of the characters look kinda ugly though, like your female pilot that flies you on your missions. lol But most of the characters look really good, like Darth Vader. The cutscenes is where the graphics truly shine.

Gameplay: This is the game’s strong point and weak point. It’s fun, I’ll tell you that. I had a blast blowing my enemies hundreds of feet away, picking them up with the Force and throwing my lightsaber at them, smashing an electrically powered lightsaber into the ground, I could go on. BUT, one very big complaint I have is the targeting. I constantly had my force pushes going the wrong direction, my electricity going right past my enemy into another object, etc. It really annoyed me and I died more times than I should have because of that. There are a few other minor things I don’t like, but they aren’t worth putting in here.

Sound: Love it. Music from the whole trilogy. I’m glad they didn’t make their own soundtrack for the game, Star Wars isn’t Star Wars without John William’s music. The sound effects for blasters, vehicles, your lightsaber, are all top notch. Some of the voice acting is good. But sadly, I didn’t like Starkiller’s voice. Most of what he said sounded like someone trying to talk fast without emotion. Overall, the sound effects and voice acting is awesome. This is what I feel they got completely right in the game.

Length: You could play this for a while. If you play the game on normal, you will last probably around 8-15 hours. Depending on what you do. There are tons of things to unlock like lightsaber crystals, costumes, concept art, etc. The trophies could keep you busy for a long time if you want the Platinum Trophy. One thing I really recommend is getting the Ultimate Sith Edition. It costs $40 and comes with all the DLC missions, a nice case, etc. The DLC missions are worth getting and very interesting. I’m not going to tell you what they’re about, but they continue the evil alternate ending.

Overall: Get it. I’d say it’s one of the best Star Wars games out there and you will have fun playing it. I also had fun with the Wii version, which I recommend too. Thanks for reading my review! 🙂