This is my review for the PS3 version of Transformers: War for Cybertron, which was published as a user review on Game Informer.

This Game Really Is More Than Meets The Eye… 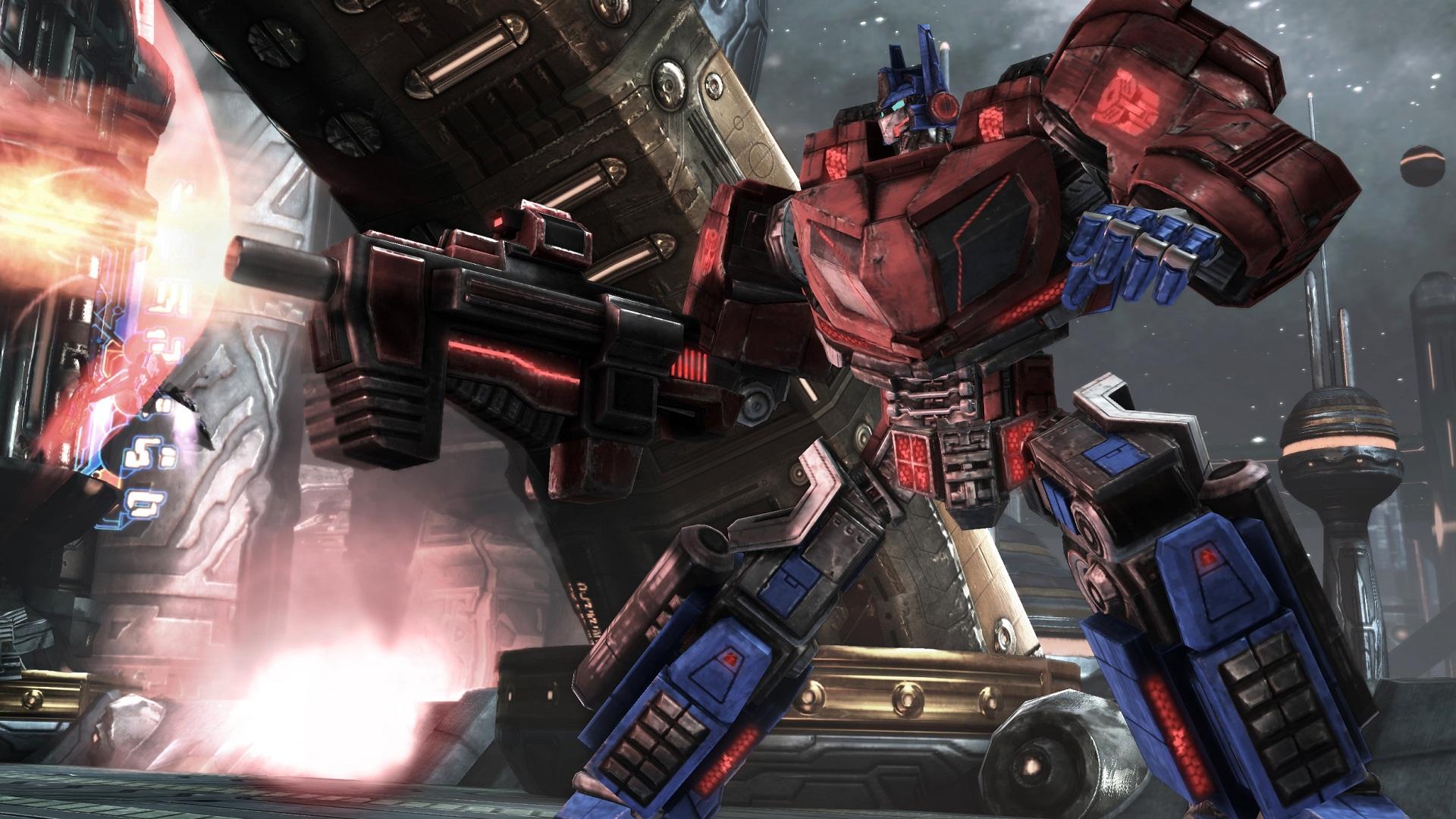 “Cybertron…our home. For generations it has been a peaceful world; until pride and a lust for power divided us. Now we fight enemies, who were once our brothers.”

Cybertron is ravaged with war. Megatron, leader of the Decepticons, wants to corrupt the planet and become it’s ruler. But the Autobots, led by Optimus Prime, try to defend their home with all they got. Will the Decepticons succeed in destroying their own planet, or will the Autobots triumph by protecting it?

War for Cybertron is a TPS; a lot like Uncharted/Gears of War. But instead of playing as people, you play as giant robots that can transform into cars, jets, tanks, or trucks. Sounds awesome, doesn’t it? Well, it is. I’m going to talk about the game’s graphics, sound, gameplay, and lasting appeal.

Graphics: Everything looks great. The environment are captured very nicely for a planet like Cybertron. None of the levels get old in detail, they’re all different. I applaud High Moon Studios for being able to use variety with a planet completely made of metal parts. The characters look fantastic also. The transformations of all the characters are smooth, fast, and awesome. HMS was very creative with how the weapons, vehicles, and planet looks.

Sound: Peter Cullen. He alone made the game awesome. Voice acting is well done in WFC. All the characters have unique voices, even in multiplayer. There’s some humor thrown in the game that made me laugh too. The weapons sound cool when shooting or reloading them. The vehicles all sound realistic too. For example, when going really fast as a car, it sounds like a sports car going 200 MPH. The music’s actually not that bad, I kinda like it. Lots of rock guitar in the songs, which isn’t a bad thing. The point is, everything sounds good. ‘coughs’ Peter Cullen is awesome.

Gameplay: I’m still having lots of fun with this game. The controls are easy to learn, and the vehicle controls are even easier and still handle very nicely. The game keeps you engaged in lots of combat. Trust me, this is no stealth game. If you like games with lots of shooting and action, this is for you.

Lasting Appeal: This game has a lot to offer. The campaign will last you 10 hours minimum, multiplayer is a blast that  will last countless hours, and a survival mode called Escalation is loads of fun to play with friends. Plenty of trophies and a robust online experience will keep you coming back.

Overall: I’m sad. Because this game was not expected to be good, so no one bought it. On the PSN, they’re less than 1,500 players online everyday. I’m disappointed that a wonderfully crafted game like War For Cybertron didn’t attract too many people. One of the only problems I have WFC involves multiplayer. A lot of the time the server picks a bad host, and the connection to the host times out often. This can be annoying, but at least half of the time you get matches with a good connection. Despite the fact that few people own this game, HMS has already made 2 map packs for the game that total 7 new characters and 9 maps added to the multiplayer and Escalation experience. I really recommend this game; it’s much better than you think it is. Like I said, Transformers: War For Cybertron is more than meets the eye.