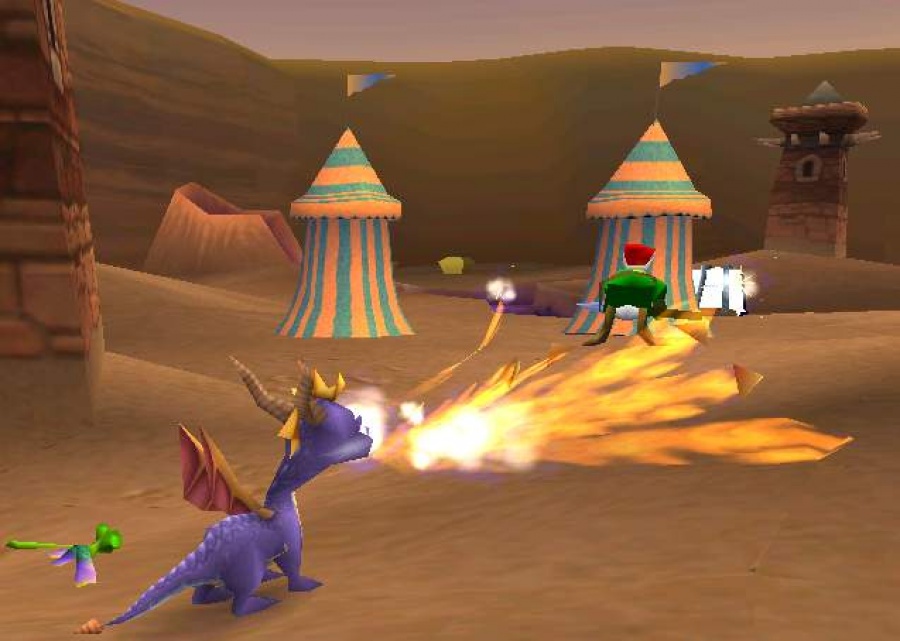 While Insomniac Games has become one of PlayStation’s most recognised developers, it cut its teeth with the little known PSone first-person shooter Disruptor, which launched in 1996. It was a DOOM clone among many others that populated the gaming landscape at the time, but there were aspects to it that made it stand out among the competition, such as the exciting weaponry of the main character, his collection of special abilities that could be implemented into guns, and FMV cutscenes that were more than competent from a fledgling developer. Despite surprisingly positive critical reception, Insomniac didn’t wind up building its legacy on a vastly improved sequel or an entirely new shooter of epic proportions. Instead, it earned its place with a purple, little dragon named Spyro, and this sarcastic bundle of fire’s first foray remains a fantastical experience that served as the studio’s testing ground for its unique brand of humour, cartoony art direction, and joyful gameplay.